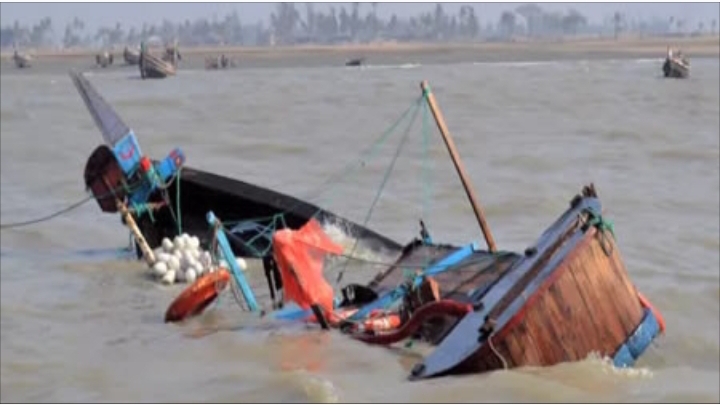 Three rescued, one declared missing as boat capsizes in Lagos

A local boat sailing along Lekki shoreline reportedly capsized on Tuesday, June 23 which led to the missing of one person on the boat.

WITHIN NIGERIA learnt that the boat conveying four men who were on an expedition was upturned by turbulence and three of the passengers were rescued after the incident.

Reacting to the sad incident, the General Manager, Lagos State Waterways Authority (LASWA) identified as Oluwadamilola Emmanuel confirmed that search was ongoing for one of the passengers of the boat.

”At about 4.30 pm on the 23rd of June 2020, a local boat with four (4) adult males on a boating expedition were inside a boat which capsized due to water turbulence.

The quick collaborative effort of responders in the area were able to rescue three alive while one person is still missing. The rescued victims were provided with medical care and released.

Ministry of Physical Planning and Urban Development, LASWA, Lagos State Material Testing Laboratory and Lagos State Building Control Agency were on the ground alongside LRT responders at the incident scene.

Rescue effort is still ongoing for the missing person as it was discovered that all occupants on board did not have lifejackets on. Marine police will carry out the further investigation while Lagos State Emergency Management Agency and LASWA will also continue the search for the missing person.”Emmanuel said.