Former BBNaija housemate, Cee-c has given update about earlier reports that she was involved in an auto accident.

Confirming the incident she revealed that she was really involved in an accident and an individual was struck.

She said that the individual that was struck is currently receiving treatment and she is praying for a quick recovery.

She further thanked all good Samaritans who helped in taking care of the incident. 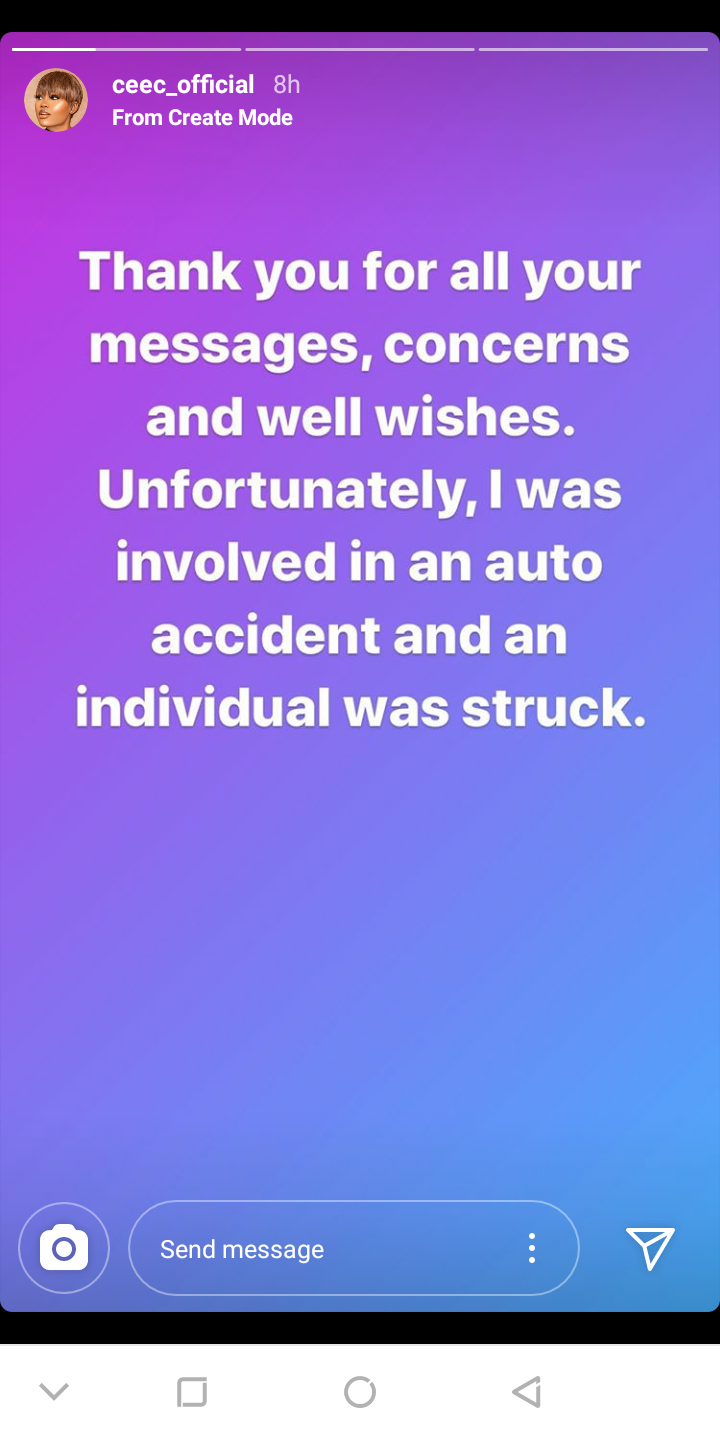 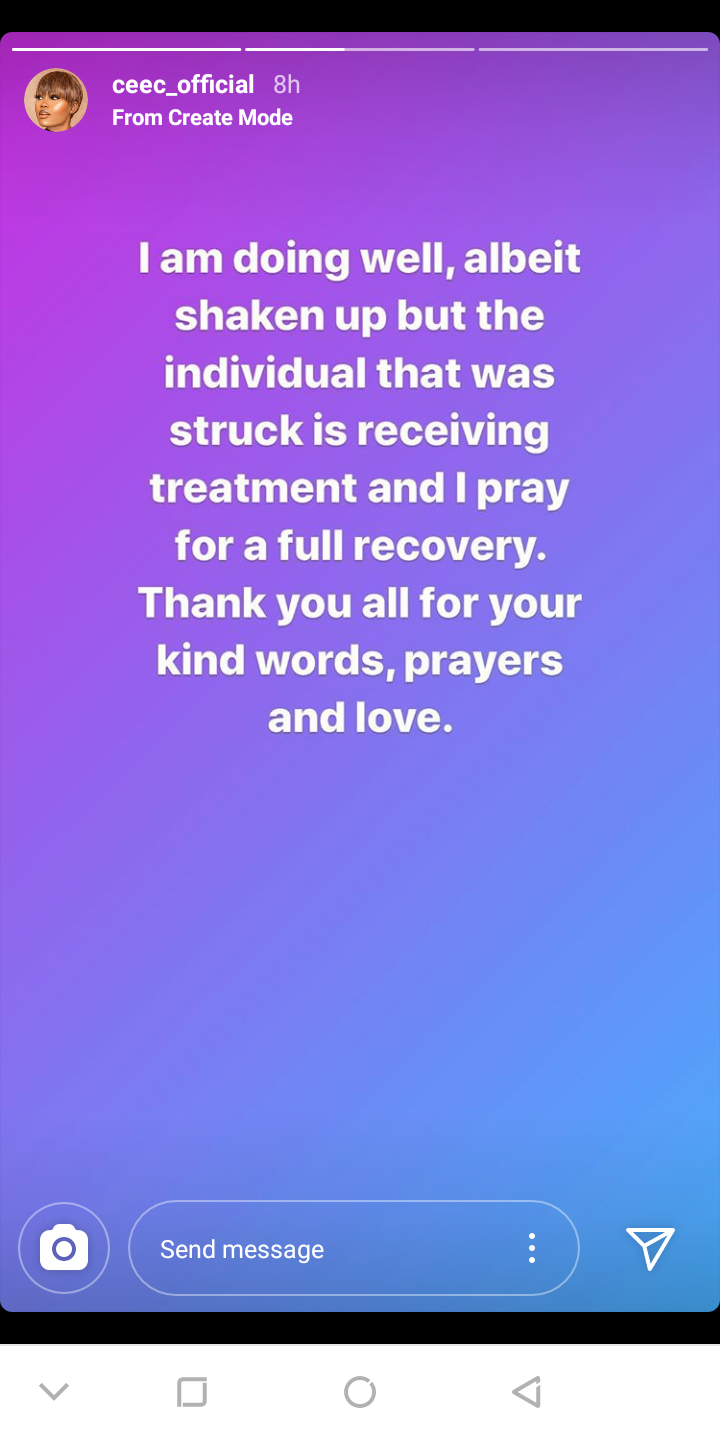 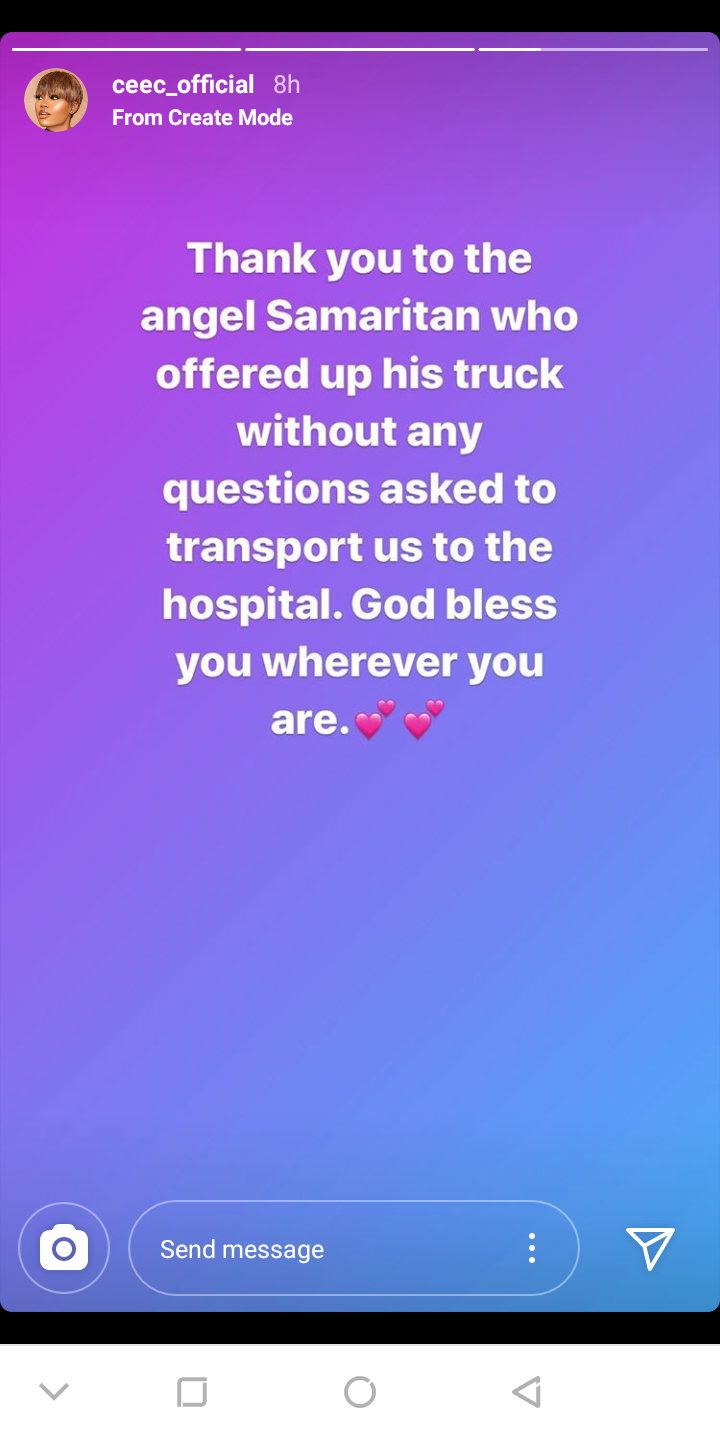 Recall that yesterday Cee-C, was involved in a road accident today at Enugu after the brakes of the ford truck she was driving failed.

In a video circulating on social media, the lawyer and media personality was seen panicking and walking distressed to the damaged side of the car where she nearly fell into a gutter, and also loud voices from eyewitnesses and helpers could be heard in the background, trying to proffer solution to the situation.

The former reality star could also be spotted running up and down, confused about the next action to take as different people had different suggestions to save the situation. WATCH VIDEO HERE