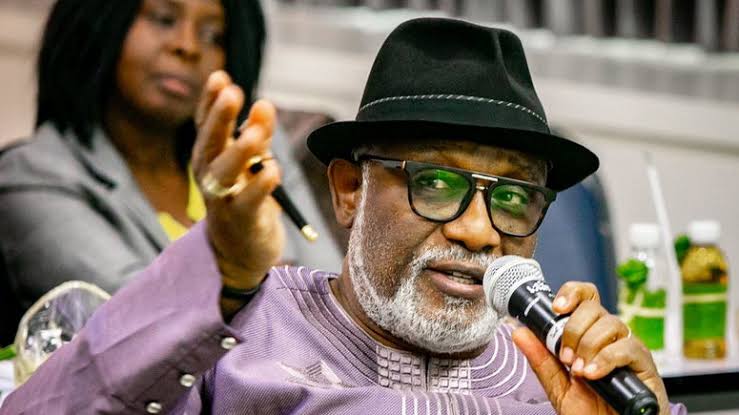 When will Ondo State Governor, Akeredolu removes his kneel from his deputy’s neck?

Politics of Ondo state took a step backward and the power mongers in the state have successfully added the state in the comity of states where sanity resides not.

It is not only laughable but very pathetic that the state is under the leadership of a senior legal practitioner who understands the nitty-gritty of the constitution and should not claim ignorance of the immunity his Deputy also enjoys yet a flagrant disregard happened under his nose but decided to kept quiet because it’s a favourable one.

I watched the video showing the encounter between the Ondo State Deputy Governor and the Ondo State Commissioner of Police. Besides exposing the ill manners of the Police, the video is a proof that police officers have rudely diverted from their aims and objectives. They are now protectors of interest, involving in politics of the purse and self gains.

I thought the victim of the intimidation is a yahoo boy or fraudster but I was rudely shocked when I later discovered that the person lamenting inside the video clip is the deputy governor of Ondo state. If a deputy governor who also carries a mandate of civil and fundamental rights protection of the citizens could be treated in such manner by the police, I simply do not want to guess the numbers of injustices that would have been perpetuated by the police or people who pay their souls.

In the video, the police boss was seen restricting the movement and directly abusing the rights of the deputy Governor of the state because he was planning to defect from the APC to the PDP. When did defection from one party to another become the headache or mental strain of the police?

Although the deputy governor has re-appointed his aides and I surely know that there are still more cards to play but will these power plays ever end soon? A friend told me that any state where citizens vote into power highest bidder, they reserve no rights to question how the affairs of the state are being managed. Consolation! Ondo people need more.