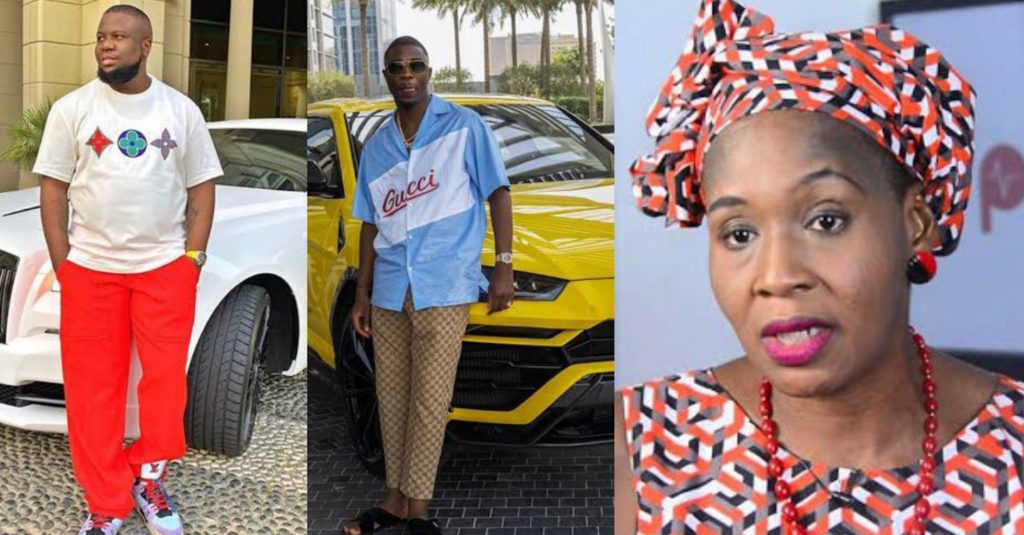 Investigative journalist, Kemi Olunloyo, in a tweet has revealed that Olalekan Jacob Ponle, popularly known as Mr Woodberry, who was arrested with Hushpuppi alongside 10 others, has fallen sick in Prison.

Kemi who revealed that they have spent 9 days in Moshannon federal prison, United State, said he is being treated.

“Hushpuppi and Woodberry have spent 9 days in Moshannon federal prison. Sadly Woodberry has fallen ill and being treated. They did not expect this. Criminal Fraudsters $450M” she tweeted.

It could be recalled that Dubai police accused Hushpuppi and his cybercrime squad of defrauding over 1, 926,400 victims of $435.6 million. $40.9 million in cash and more than a dozen luxury cars where seized during the arrest.

Meanwhile, many have taken to Twitter to react to Woodberry’s illness.

Kemi Olunloyo discloses who is behind Dbanj’s alleged rape…

Woodberry never start he don dey sick 😂😂.
The sicker the berry the sweeter the tears

Woodberry should be grateful he isn’t in a Nigerian prison cus illness is nothing compared to the lost of sanity and possible depression he might have caused people in the course of his scamming.

Woodberry must think we are joking here, just 9 days in prison you dey sick 😂 you still have more than 20years to go.

Woodberry has fallen ill and who is supposed to feel sorry for him? Does he know how many of his victims most have died from depression and health issues after being scammed of their hard earned money?

This was him and Hushpuppi when he used fraud money to buy a Rolls Royce. pic.twitter.com/OmswTKB42L

Woodberry and Hushpuppi could have bought a small island in Panama or Vietnam with a yacht, run everything behind the scenes; use 5-7 years to wash up all that money with legit businesses…..but no, they wanted to act like bad bitches on the internet for likes.

In other news, one time prisoner, Activist Steven Kefason has made public, the soup served to prisoners in Kaduna Custodial center.

Tagging Rauf Aregbesola, the Minister of the Federal Ministry of Interior of Nigeria, to the post,Kefason, who was once a political prisoner, shared bowls of soup that looks more like coloured water.