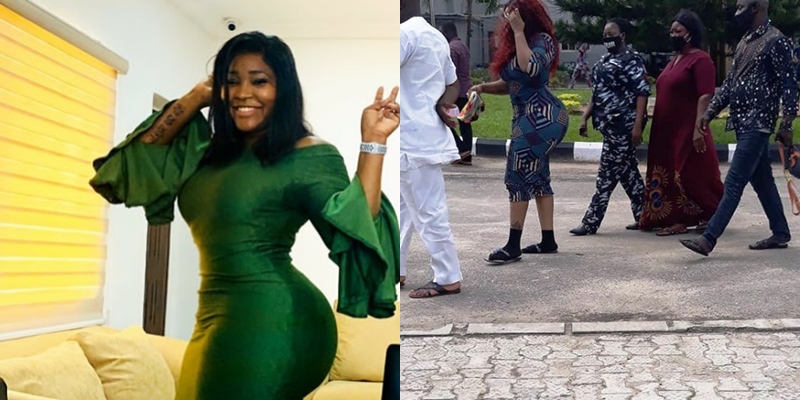 Controversial and alleged quack cosmetic surgeon, Dr Anu of Medcountour has been arrested and charged to court by the Federal Government of Nigeria.

After her arrest on Wednesday, the trial of cosmetic surgeon Dr. Anu of MedContour Services Ltd will kick off at the Federal High Court, Ikoyi.

The case: is ‘Federal Republic of Nigeria v. Dr. Adepoju Anuoluwapo & MedContour’.
@fccpcnigeria is the prosecutor.

Police brought her in around 11.33am.

Among the allegations against her is that a failed cosmetic surgery by her led to the death of one Mrs. Nneka Miriam Barbra Onwuzuligbo.

She is also charged with failure to comply with a summons by the FCCPC Nigeria.

Queen Elizabeth’s bodyguard arrested for having nine bags of…

Dr Anu Fella was recently slammed for doing a liposuction giveaway. The Yoruba born acclaimed surgeon has been called out on social media several times for doing botched surgeries.

Within Nigeria recalls that her facility has once been shut down by the government after multiple reports of her conducting quack surgery was made.