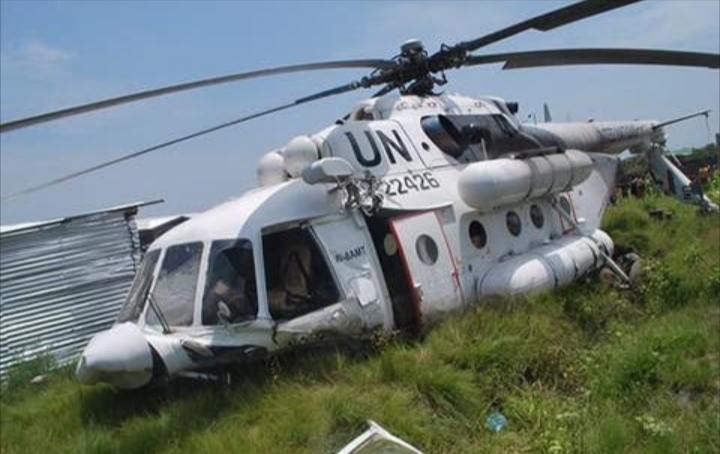 Two civilians including a five-year-old child were killed and an aid helicopter reportedly damaged in a jihadist attack in restive northeast Nigeria as disclosed by the United Nations on Saturday.

WITHIN NIGERIA learnt that the attack was launched in the town of Damasak on Thursday by Boko Haram fighters waging a decade-long insurgency in the region.

UN humanitarian coordinator in Nigeria Edward Kallon said both the fatalities and several others who were injured in the attack were on the ground.

“A UN Humanitarian Air Service helicopter was hit by bullets during the attack. No aid workers were on board at the time and crew members are all safe,” Kallon said in a statement.

A UN communication seen by AFP said the aircraft was shot as it approached Damasak and the pilots managed to fly back to regional capital Maiduguri 150 kilometres (90 miles) away.

The memo said the UN was suspending rotational flights for one week “to engage with government partners and conduct new risk assessments”.

The 10-year jihadist conflict has killed 36,000 people and forced some 2 million from their home in the region.

Key roads remain too dangerous to travel despite the Nigerian military repeatedly insisting it has largely defeated the insurgents.

The UN has complained of an uptick in attacks targeting aid workers in the northeast of the country.

The area around Damasak on the border with Niger is dominated by the Islamic State West Africa Province, which broke away from jihadist group Boko Haram in 2016.