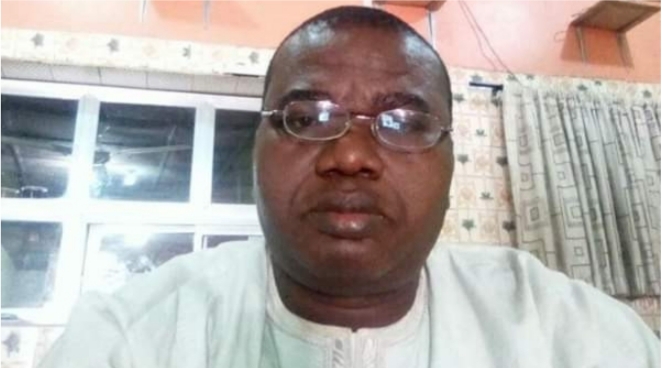 21 days after a medical doctor identified as Dr Enoch Okpara was gruesomely murdered in Gusau, operatives of the Zamfara State Police Command have arrested a suspected killer identified as Abubakar Namalika.

WITHIN NIGERIA had earlier reported that Police in Zamfara state says it will investigate the gruesome murder of a medical doctor identified as Enoch Okpara.

The deceased, Okpara was a consultant Obstetrics/Gynaecologist working at the Federal Medical Centre in Gusau before he was found dead at his residence in Mareri area of the state capital on Saturday, June 13.

Recall that he was firstly declared missing and an alarm was raised by the church where he worshipped while alive after he did not show up for a program on Saturday morning which was quite unusual.

The remains of the deceased was found burnt beyond recognition.

Reacting to arrest of the suspected killer, th state Commissioner of Police, Usman Nagogo told newsmen that Abubakar had already confessed to the killing and had even given more information on other crimes that the command had commenced investigations on.

Nagogo explained that the suspect was arrested on Sunday by a team of Operation Puff Adder around 10 p.m. while he and some of his gang members now at large, were trying to commit another crime.

“During interrogation, the suspect who belong to the gang of a notorious criminal, Shehu Bagewaye, known as Shehu Gusami, informed the police of many other atrocities he committed including the killing of five innocent persons.

The suspect said he was also part of the gang that recently invaded Dogon kade village where they killed seven persons.

He revealed to us that they went to late Dr Enoch Okpara’s house to collect money from him at all cost, without which they were to kill the victim.

Namalika said when they could not get the money, they killed him and burnt the remains within the house where the doctor lived alone,” the CP explained.

The police commissioner said that the command was on the trail of the other four gang members that killed the medical doctor.