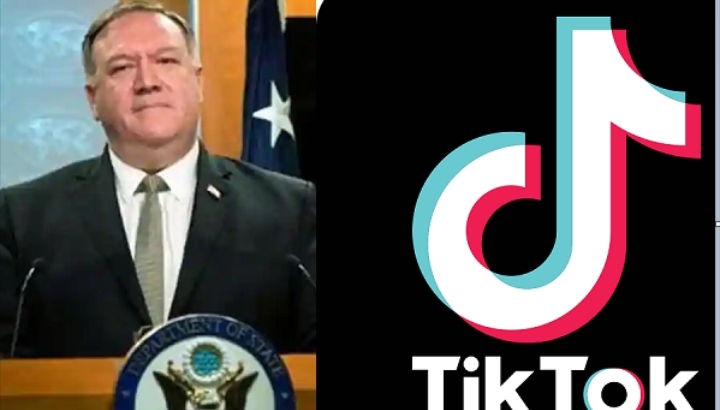 The United States Government under the leadership of President Donald Trump is ‘gazing at’ banning TikTok and other chinese social media applications over national security concerns.

The ‘ban move was suggested by the Secretary of state, Mike Pompeo during an interview with Fox News’ Laura Ingraham on Monday, July 6.

When asked by Ingraham whether the United States should be considering a ban on Chinese social media apps, “especially TikTok.”

He said: “With respect to Chinese apps on people’s cell phones, I can assure you the United States will get this one right too, Laura. I don’t want to get out in front of the President [Donald Trump], but it’s something we’re looking at.”

Washington’s top diplomat added that people should only download the app “if you want your private information in the hands of the Chinese Communist Party.”

His comment comes after US lawmakers raised national security concerns over TikTok’s handling of user data, accusing the short-form video app of being a threat to national security because of its ties to China. They also allege that the company could be compelled to “support and cooperate with intelligence work controlled by the Chinese Communist Party.”

Reacting to Pompeo’s comments, a TikTok spokesperson said in a statement: “TikTok is led by an American CEO with hundreds of employees and key leaders across safety, security, product, and public policy here in the US. We have no higher priority than promoting a safe and secure app experience for our users. We have never provided user data to the Chinese government, nor would we do so if asked.”

Recall that the Indian government banned 59 Chinese mobile applications including top social media platforms such as TikTok, Helo and WeChat to counter the threat posed by these applications to its “sovereignty and security” last week.