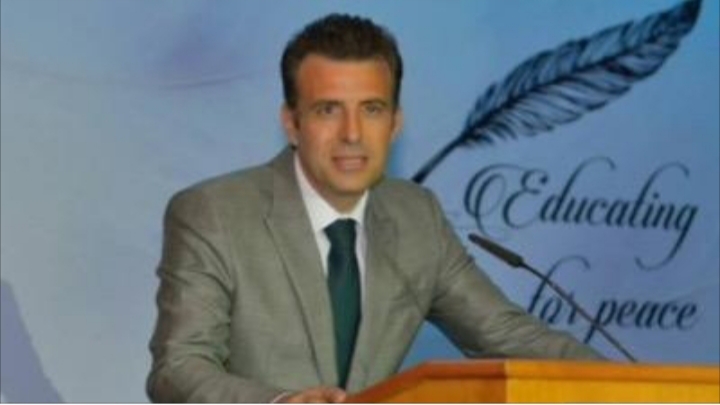 Drama as a Lebanese ambassador to Nigeria, Houssam Diab reportedly walked out on the House of Representatives committee members on diaspora affairs on Thursday, July 9.

This happened shortly before a meeting was convened to discuss issues centered on the maltreatment of Nigerians in Lebanon, especially one Temitope Arowolo.

It was learnt that the Ambassador, Diab had expected a closed door meeting but walked out as the meeting was about to start after seeing some journalists and some other government officials including the minister of state for foreign affairs, Zubairu Dada.

According to the Chairman of the committee, Tolulope Akande-Sadipe, she was shocked that the “ambassador will just get up and walk out on us.”

The meeting was later held in closed door after some members of the committee went after the ambassador.

Addressing the public after the meeting was held in closed door, Akande-Sadipe said it was cordial and the walk-out was a misunderstanding.

“It was an informal meeting because the ambassador was nice enough to join us at the meeting. There is no law that says he has to be here today, but because he has an interest in the joint relationship between Nigeria and Lebanon.

“It was a misunderstanding, it meant to be an informal meeting and the ambassador was not aware that even when we have our informal meeting is documented. Because of the law of diplomacy, he wasn’t expecting to have media there and it was immediately resolved that it was going to be an executive session. The minister apologised on behalf of foreign affairs and he apologised on behalf of the country and the Embassy of Lebanon.

“This meeting today has further reiterated the Lebanese community and the Nigerian community we always stand together to ensure that justice and respect for human lives is a priority and we will work together to bring modern-day slavery to an end.

“I am happy to inform Nigerians that Temitope will be home before the end of the week, and so many other Nigerians who want to come home from Lebanon the opportunity will be provided for them to come home.”

The House Committee Chairman also disclosed that they are now looking at the case of a Lebanese who is being held in Ilorin, Kwara state capital on charges of human trafficking.