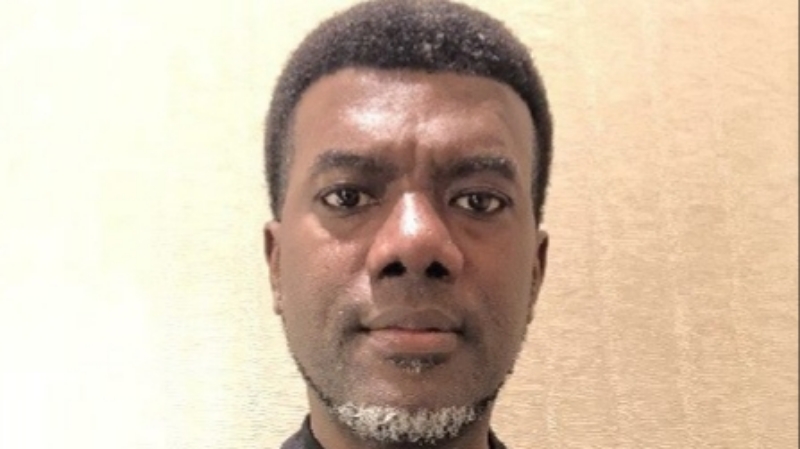 Although it is more than 5 years that former president Goodluck Ebele Jonathan was defeated at the 2015 presidential poll by President Muhammadu Buhari, a candidate of the All Progressives Congress but it seems the narrations and how he was kicked out of office have continuously generated controversy heated by close aides who worked with him while in office.

According to Reno Omokri, media aide to the President Jonathan, the picture is one of the evidences that the ruling party, APC paid Omoyele Sowore, the foremost online journalist to blackmail Jonathan out of office.

A yet-to-be identified crew member of Sahara Reporters has reacted to the viral photo, saying he was at the scene where they took the picture and was behind the camera.

The crew member disclosed that the picture was taken at the scene of the Execujet wing at the Muritala Mohammed International Airport in Lagos where Sowore and his crew (myself included) blocked Sanusi as he arrived with his family from Niger, following news that he had been sacked earlier that morning from office as the CBN Governor by President Goodluck Jonathan’s administration.

‘Boulevards are named after cowards in Nigeria’ — Sowore…

According to the yet-to-be identified crew member, the promptitude to block him at the airport was part of ethics not to meet people in their private homes or wherever that might be compromising.

The crew member stressed that they had to block Sanusi at the airport so that they could interview him right there to obtain his reaction to news of his sack earlier on the day.

According to the crew member, Sowore had broken the news of Sanusi’s sack on Saharareporters website while Sanusi himself was not yet aware of it. He was away with his family in Niger Republic.

I learnt that Sanusi was planning to sue Saharareporters for false publication but after he confirmed it by himself, decided to cut his trip and immediately return to Nigeria. As Sowore got wind of it that Sanusi was returning, he alerted me to immediately head straight to the airport by any vehicle available, the crew member disclosed.

Speaking further on the matter, the staff narrated that as he arrived the Execujet wing, it coincided with Sowore’s arrival too.

“Sowore had possibly suspected a scene pop up right there, so he had another mini camera hung to his neck, ready to capture any spontaneous moment in case I was still setting up the main camera.

Mainly, we were to obtain Sanusi’s reaction to news of his sack as the CBN Governor, whether he stands by allegations he made of missing/non-remitted revenues at NNPC and his next move after his removal from office, among other issues, he added.