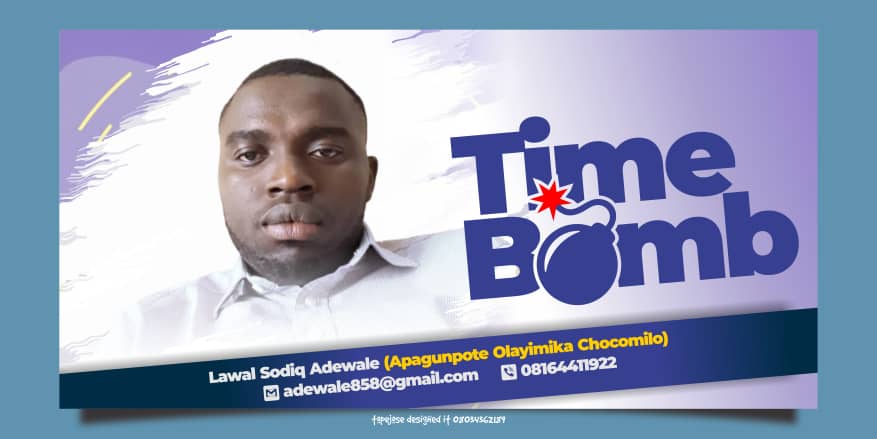 So it is now 21 years that some cult members murdered George Iwilade (AFRIKA) and others in cold blood. It is rudely interesting that people who allegedly masterminded the killing are still walking freely on the same land that recieved his remains amid tears even one of these alleged killers reportedly lobbied for appointment in the same sector that supervised the killing.

Despite the wailings, lamentations and cries for justice, I honestly doubt if there was a time after the gory incident that the Nigeria Police Force acted responsibly to reopen the case, doubled their efforts to bring perpetrators of this tragic act to face the hammer of the law. Sadly, the kingdom of evil is prevailing.

Every year students come together to celebrate these fallen heroes by organising lectures to remember not only the ‘horror’ incident but also celebrate the legacy and sacrifice of these heroes. Both comrades and ‘comraids’ even possibly people who took part in the killings would narrate how these heroes were killed, shared gory photos of the incident and admonished fellow students to desist from cultism or any action that may possibly promote violence on campuses.

Yet we still have records of violence or cult attacks on some campuses. As worse as it may be, even schools whose zero tolerance for cultism were on the high scale are now battlegrounds for rival cult attack. They now participate in union activities; disrupting and winning union elections, abducting and threatening aspirants to drop their ambitions. Some ‘come and raids’ allegedly use them as mercenaries during conventions because we now have people who are interested in power, fame than authority and service even at the students’ corner. Leaders of students communities in Nigeria now run similar pattern of leadership and service with public officials even worse.

Some years ago, I visited a tertiary institution (name withheld) in Nigeria. Together with union officials of this school, we were discussing the roles of students union government and the SUG president of the school confided in me that he recieved some letters from some frat. leaders, seeking to meet with the leadership of the union. He told me that he ignored those letters, took a long walk and always avoided being alone till the end of his tenure. This was possible for him then because the school was not dominated by frats compared to some old schools were both the union and frats rule the affairs of the students community.

He probably suffered same fate with the SUG President who confided in me but could not resist the pressures mounted on him and visited the fraternity same time police raided the scene of the meeting or someone alerted the management or police about his presence which led to his arrest.

There are some people who posited that it is possible that they had a working relationship during election and later became an associate or in his quest for power to rule comfortably, decided to relate with one at the expense of others. It is also possible that he was setup by the management, lecturers or senior students of the school, forcing him out of his comfort zones. Maybe he was abducted, given a sleeping pill and dressed with the frat. regalia and later exposed. We are always a step behind people we relate and dine with yet plan evil against us.

The remembrance of George Iwilade (AFRIKA) and others who were slained by cultists should not only be about lectures and social media paparazzi but the legacy and sacrifice should reflect in the lifestyle of our comrades and in campuses. We all must wage war against cultism and reinforce to strengthen institutions that would wage war against people who make life difficult for brothers; it should not be brothers against brothers.

It is very easy to see a patriotic Nigerian politician than to see any NANS or NAPS official who has no relation with these cult members especially aspirants who become associate members of these cult groups to seek support in convention. In as much as we see these people indulging in such act yet join the campaign, seeking for justice for OAU 5, I think the joke is on us all.

I am not a fan of superstitions but I read it somewhere that spirits of people who died unjustly do not rest, they move around helplessly till their killers are brought to books. If this happens to be true, then we have more than citizens circumnavigating the nation but also angry spirits moving around helplessly in their quest for justice. May the souls of our departed heroes continue to make life miserable for people who masterminded, supervised and sponsored their killings.

In all, we need to introduce responsibilities to fraternities if they can not be outrightly vacated.