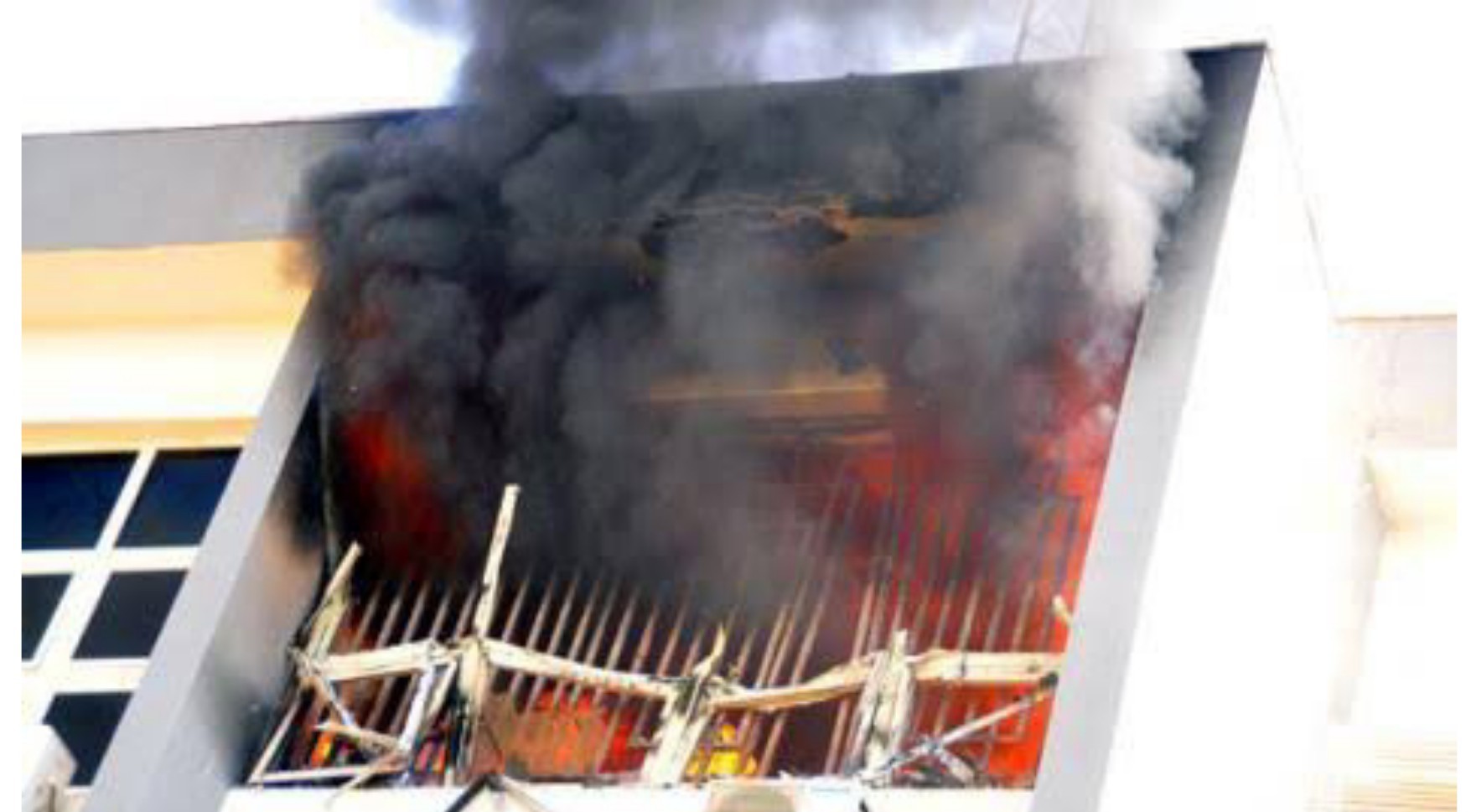 The headquarters of the Independent National Electoral Commission INEC in Abuja was on Friday gutted by fire, just days after the Office of the Accountant General of the Federation and the Corporate Affairs Commission CAC went up in flames

Consequently, the Commission said it has begun a full-scale investigation into the cause of the inferno.

It was gathered that the fire started minutes before noon and personnel of the Federal Fire Service were immediately mobilized to the scene in an effort to put out the inferno.

Spokesperson of the Federal Fire Service, DSF Ugo Huan who confirmed the incident said that the fire could not cause much damage as it was immediately put out by fire-fighters.

On his part, National Commissioner and Chairman, Information and Voter Education Committee of INEC, Festus Okoye said apart from some furniture damaged in the inferno, all other sensitive materials remained intact.

He said; “At 11.30 am today, 17th April 2020, a fire outbreak occurred at a section of the building housing the Election and Party Monitoring Department and the Media Centre. The building is an annex, detached from the main building of the Independent National Electoral Commission’s headquarters.

“Firefighters attached to the Commission swiftly responded to contain the inferno and they were later joined by their colleagues from the Federal Fire Service headquarters in the Federal Capital Territory FCT. The fire was extinguished within a short period of time and did not cause any substantial damage to the building.

“Apart from some office furniture and equipment, nothing sensitive was destroyed. Reports of party primaries and conventions are intact. The campaign finance database is also not affected. The incident will therefore not affect the administrative or technical operations of the Commission in any way.

“Meanwhile, investigation into the cause(s) of the fire incident has commenced”, he added.