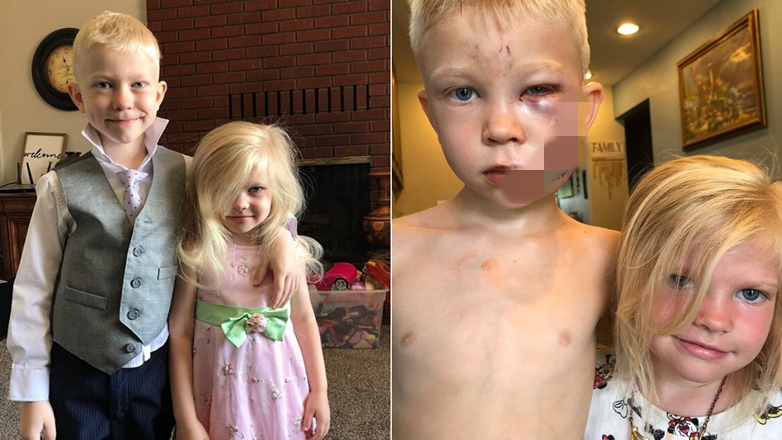 A six-year-old boy from Wyoming in the US has been left in several stitches after he was mauled by a dog when he risked his life to save his younger sister.

Bridger Walker bravely stepped in when the dog began charging at his sister on July 9, according to an Instagram post by his aunty.

The little boy was bitten several times on the head and face as he took on the animal.

He was able to grab his sister’s hand and lead her safely away from danger.

But the attack has left him with several wounds, the most prominent on his face, which required 90 stitches.

Bridger said he was willing to give up his own life to save his sister.

“If someone had to die, I thought it should be me,” Bridger said, according to the Instagram post.

Almost 100, 000 people have liked one of the posts on his Aunty, Nicole Walker’s, Instagram page.