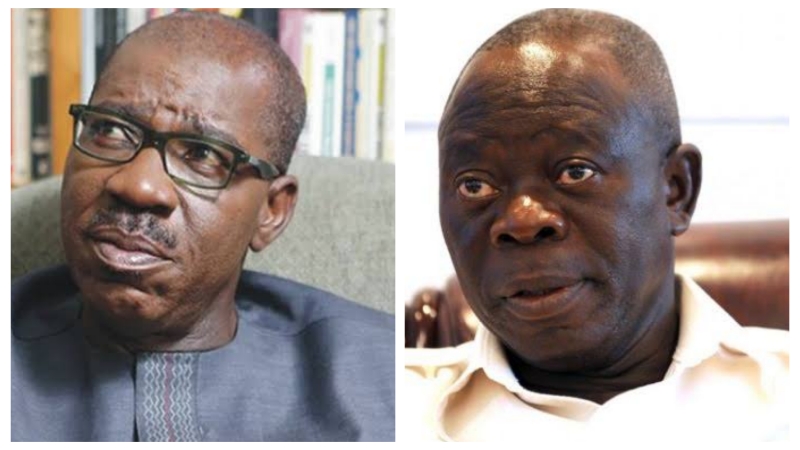 The Executive Governor of Edo state, Godwin Obaseki has revealed why the suspended national chairman of the All Progressives Congress (APC), Adams Oshiomhole is angry with him.

Obaseki said the suspended national chairman, Oshiomhole is angry with him because he didn’t allow him become his godfather.

This was contained in a statement released by his special adviser on media and communication strategy Crusoe Osagie.

Obaseki alleged that Oshiomhole supported him in 2016 because he had a hidden motive of using him as a pawn to defraud the people of the state.

He also alleged that his refusal to “mortgage the interest of the majority of Edo people for the satisfaction of Oshiomhole and his handful of greedy followers is the cause of the APC chieftain’s bitterness towards him.”

“In 2016 when Oshiomhole nominated and supported Obaseki, his hidden motive was to use Governor Obaseki. who he thought would be a pawn in his game to defraud Edo people and enthrone himself as the ultimate godfather of Edo politics at the expense of the will and wishes of Edo people.

“However, Obaseki’s refusal to mortgage the interest of the majority of Edo people for the satisfaction of Oshiomhole and his handful of greedy followers is the cause of Oshiomhole’s bitterness which has led him to bury himself in pursuit of an innocent governor who is trying to do the right thing for his people.”