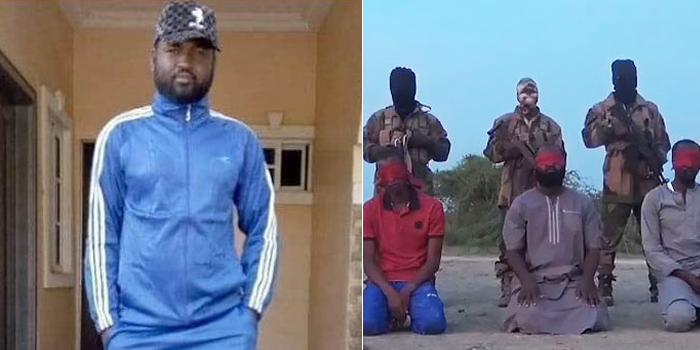 Centre condemns execution of NGO workers, use of landmines by Boko Haram

The Centre for Social Justice, Equity and Transparency (CESJET) has condemned the killing of five aid workers by the Boko Haram/ISWAP terrorists.

The Centre also criticized its use of landmines and buried improvised explosive devices, which according to them, doesn’t discriminate civilian and military targets.

In a statement signed by Executive Secretary, Isaac Ikpa, on Friday, CESJET said the radical jihadists’ new dimension may be connected to its broken relationship with international NGOs in the country.

Having suffered heavy casualties, unable to come close to the military, the Centre reckoned that Boko Haram has now resorted to attacking from position of weakness.

CESJET urged the Federal Government and the Armed Forces to maintain its onsluaght, unleashing maximum force against the terrorists as punishment for their evil deeds.

The Centre, however, called on world leaders to rise up and quit its lip service to the Boko Haram problem.

It further urged the media, bloggers and activists to be “circumspect in the treatment of this sad incidence so that they do not fall into the trap of promoting the message of terror”

The Centre for Social Justice, Equity and Transparency (CESJET) is appalled and saddened by the murder of five aid workers by Boko Haram/ISWAP terrorists even when the release of the deceased from captivity could have help mitigate the punishment that is in store for the terrorists.

We condemn in the strongest terms possible the perverted violence being perpetrated by terrorists in the northern parts of Nigeria irrespective of the brand name under which these sociopaths operate. Equally repulsive is their resort to using landmines and buried improvised explosive devices that do not discriminate whether it is a civilian or military target as they kill or aim anyone that steps on them.

We further condemn the iincessant abduction of aid workers by Boko Haram and ISIS elements in the northeast of Nigeria.  The depravity from all such abduction especially the latest one that ended in the murder of the terrorists’ victims marks a new low even for a group that had earned itself the repulsive title of the deadliest criminal gang on earth. No further proof is needed to confirm that Boko Haram is a sheer evil humanity.

If previous trend is anything to go by, Boko Haram resorts to this kind of shock tactic to gain attention whenever its fighters have been beaten into irrelevance and are no longer able to stage significant attacks.

We are therefore not surprised that the group sensing that it can no longer continue to milk money from some of the international NGOs that had in the past collaborated with the terrorists against the military and the innocent citizens of Nigeria have now taken to another tactics to continue its evil act of blood shedding.

From its position of weakness and inability to launch offensives against military targets, Boko Haram has trained its fighters in the use of landmines and hidden explosives on highways in a renewed push to discourage troops for defending the citizens of Nigeria.

Beyond condemning these dastardly acts of the terrorists in the strongest terms possible, CESJET demands that the Federal Government of Nigeria and the Armed Forces should unleash maximum force against the terrorists as punishment for their evil deeds and as means or eradicating them from being alive to repeat such inhuman behaviour.

CESJET is of the view that something concrete is done about the handicap imposed on the Nigerian military by international conventions and the Nigerian Armed Forces rules of engagement. There is an urgency to let the terrorists know that the military is not weak but is being constrained by these considerations and it is a message that must be passed on to the terrorists in the wake of their murdering the five aid workers.

We challenge the world to rouse from its lethargy, stop paying lips service to the Boko Haram problem and quit fiddling while an entire region burns. It is high time something drastically is done by the world to stop Boko Haram/ISWAP.

We appeal to the media, bloggers and activists’ communities to be circumspect in the treatment of this sad incidence so that they do not fall into the trap of promoting the message of terror and hopelessness that the terrorists intended to send to Nigerian through the dastardly murders. Our thought are with the families and colleagues of the slain aid workers.