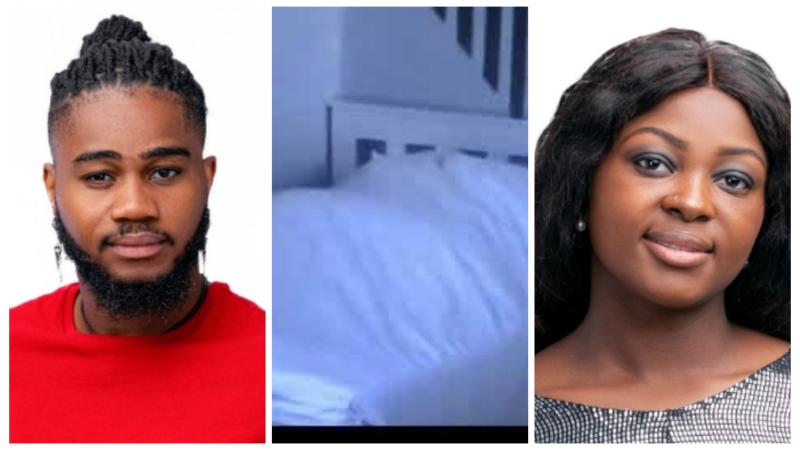 VIDEO: BBNaija housemates, Ka3na and Praise caught on camera sleeping with themselves

Video of two Big Brother Naija housemates identified as Katrina and Praise sleeping with themselves on Saturday morning, August 1 has surfaced online.

WITHIN NIGERIA learnt that the Big One ‘lockdown edition’ housemates had just rounded up playing a game of truth or dare before Katrina and Praise eccentric.

In the video which had gone viral, both housemates, Praise and Katrina can be seen moving their bodies in ecstasy under the sheets.

Now the good guys in the house, Praiz and Ka3na #bbnaija2020lockdown pic.twitter.com/9lWKHPlRMs

According to the Nigerian prophet, “the reality show will suffer for all the harm caused this great Nation….”. Prophet Ebelenna also threatened to shut down the reality show with his spiritual powers if the government doesn’t shut the show down.

The cleric questioned the situations of things in the country and wondered why the BBNaija show has been allowed to go on.