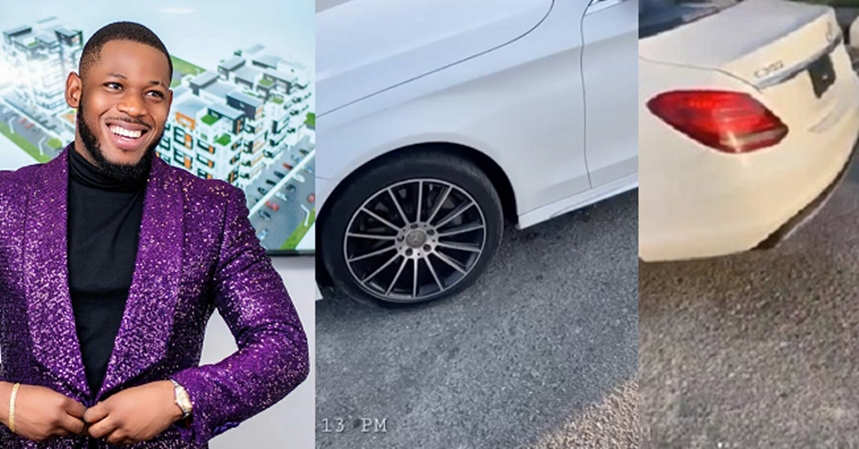 Barely few hours after being mocked by a troll, for being broke, former Big Brother Naija (BBNaija) housemate, Frodd, has been blessed with a luxury car gift.

Proud car owner, Frodd took to his official page to share the news that he has just become the owner of a Mercedes Benz which was an outcome of getting ridiculed by a troll on the platform.

Hours before the gift, Frodd had shared a post on his page and a troll attacked him by noting that he has lesser brand endorsements compared to his fellow ex-Pepper Dem housemate, Ike.

Frodd had given a subtle response to the troll and instead of backing down, the individual took his trolling a notch higher by noting that Frodd’s peers own Mercedes Benz while he is still hustling.

Wading into the matter, another follower identified as @sir_justine who appeared to have been following the exchange noted that Frodd would own the luxury ride before the month’s end. 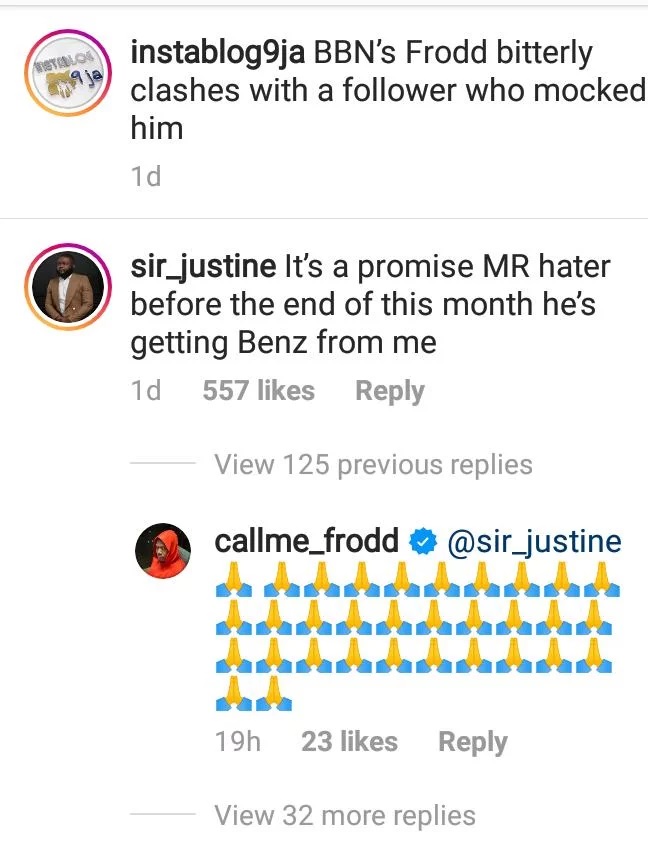 Well, true to his words, @sir_justine made sure that a brand new Mercedes Benz arrived at Frodd’s apartment. BBNaija’s Frodd.

Sharing a video of the new car, an excited Frodd wrote: