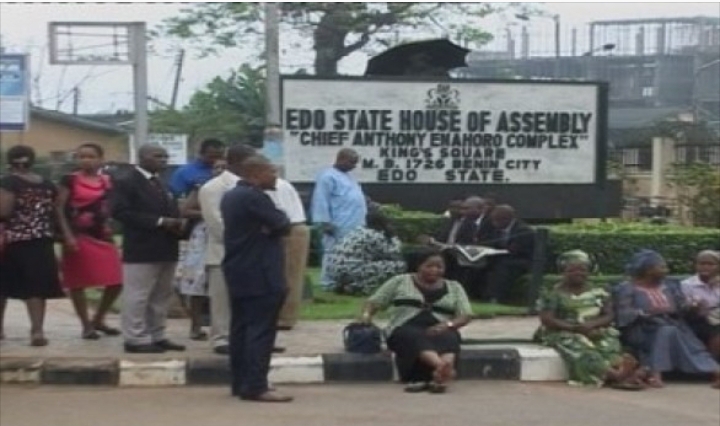 Edo speaker, Frank Okiye has been impeached by seventeen members of the Edo State House of Assembly and elected Mr Victor Edoror as his successor.

WITHIN NIGERIA learnt that the factional house of assembly members who are loyal to the immediate past National Chairman of the All Progressives Congress Adams Oshiomhole also impeached the Deputy Speaker, Roland Asoro.

The factional lawmakers announced Emmanuel Agbaje of Akoko Edo Constituency II as the new deputy speaker of the assembly.

According to report, the 17 members include 14 members whose seats have been previously declared vacant. The impeachment decision was taken at a private location in the state capital, hours after security officials took over the State Assembly Complex and some men attacked the building, destroying parts of it.

Edo State House of Assembly has been embroiled in a crisis since 2019, one that has now been worsened by the buildup to the governorship elections in the state.