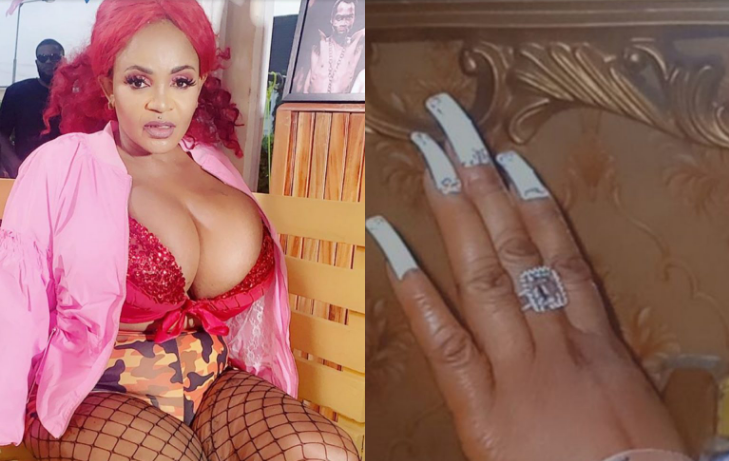 Nigerian actress, singer, producer and video vixen, Cossy Orjiakor is set to walk down the aisle, as wedding plans are underway after her German boyfriend Abel popped the question.

Sharing the video and picture of the ring on her finger, the 35 year old wrote;

The beautiful screen diva shared video of how her German boyfriend, Abel proposed to her.

For those who do not know, Orjiakor is known for flaunting her breast at events and this she describes as a great gift from God.

The Anambara born once mentioned that she wouldn’t breastfeed her kids directly to keep them firm.

Her rise to fame was propelled by her significantly large breast, which she frequently displays.

Daily Post described her as the “boob star” of Nollywood.

Vanguard describes her as a “boobs toting” actress and singer. In an interview with Encomium Magazine she stated that being a mother is a higher priority than getting married.

Fans will surely be delighted Cossy Orjiakor has found love and we can all anticipate a huge wedding.