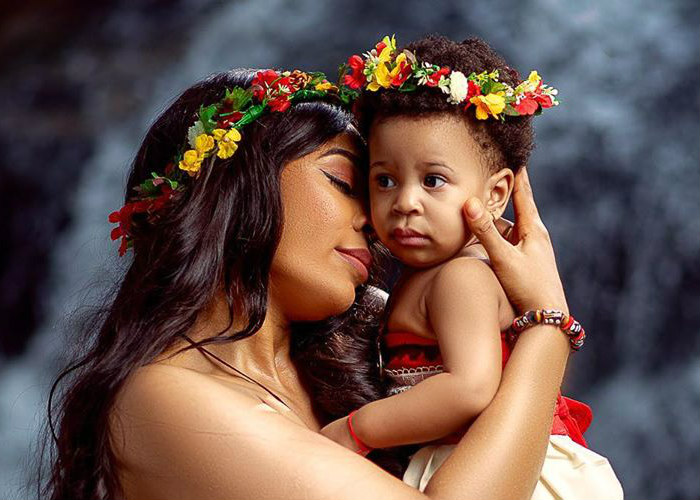 On Monday, the reality TV star born Tokunbo Idowu took to her Instagram page to share adorable pictures of herself and daughter.

According to the 36-year-old, the birthday pictures were inspired by a popular cartoon called Moana.

She wrote: “No other person I would rather make Such Beautiful Memories with than with my Daughter Starr⭐️💛💛. You’re Hand on my Heart The Best Gift Everrr…. Happy 1st Birthday to My Queen & My Every Every…Thank you to the creatives who helped bring our ‘Moana’ inspired shoot to life for our Special Day.” 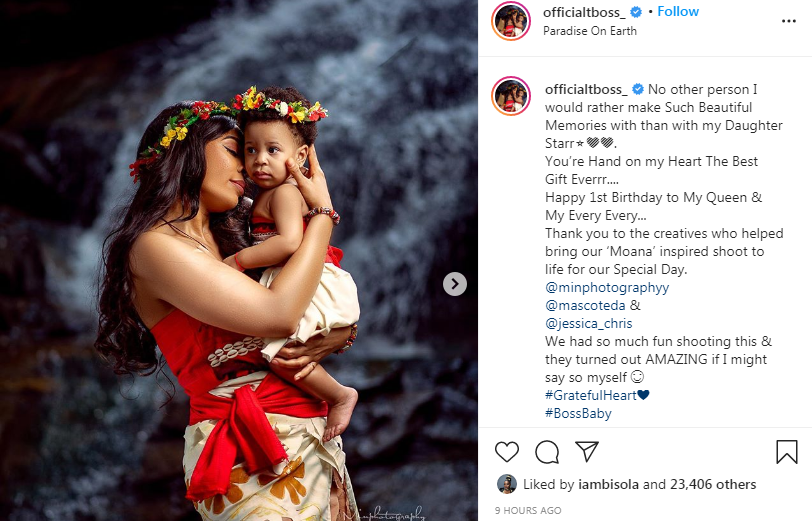 “I’ve been depressed for a couple of days”, Ini Edo… 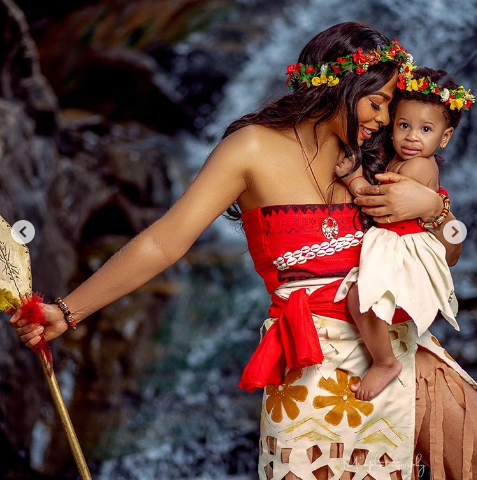 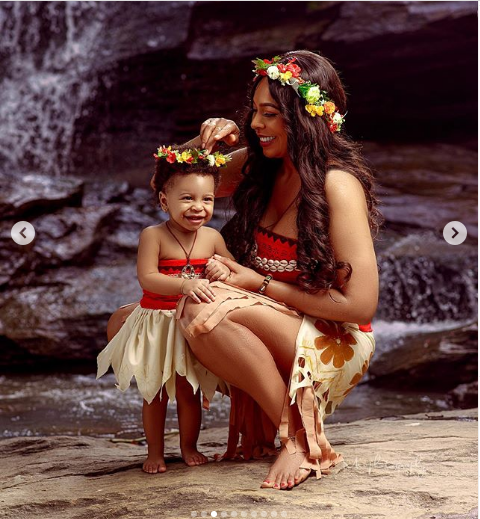 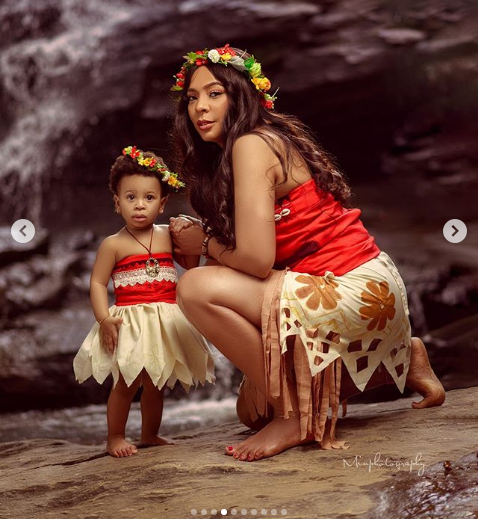 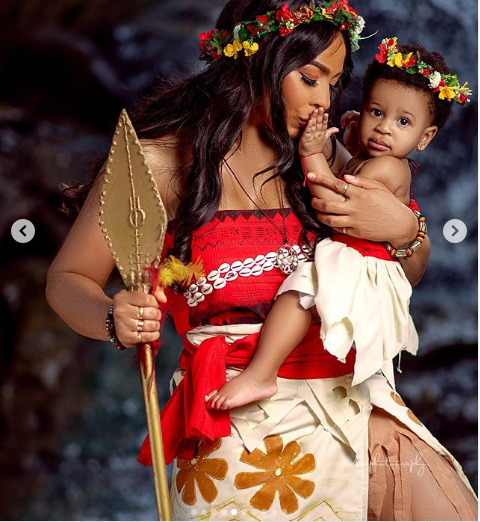 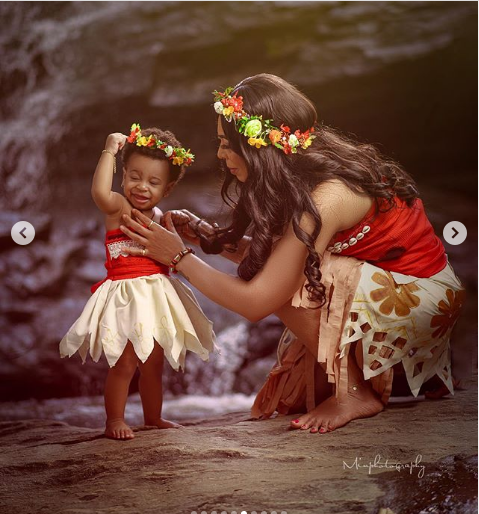 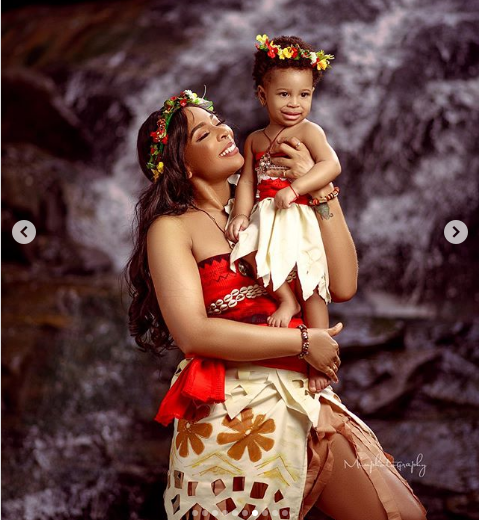 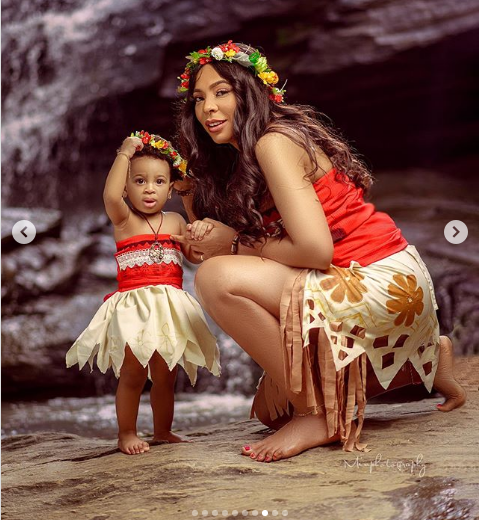 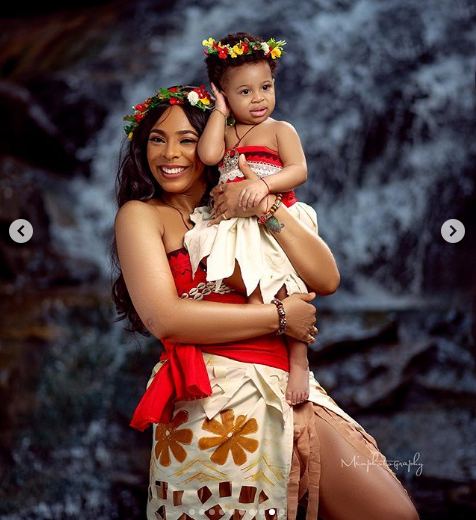 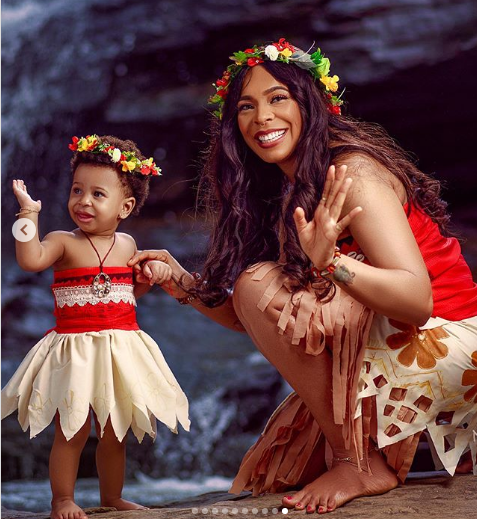 In February, TBoss wept in a live video on Instagram over the insults hurled at her then six-month-old daughter by a critic.

The critic had called Starr ‘monkey’ ‘unspecial’ and ‘ugly’.

Both of them took to their Instagram pages to celebrate Jayden whom they welcomed while they were still a couple.