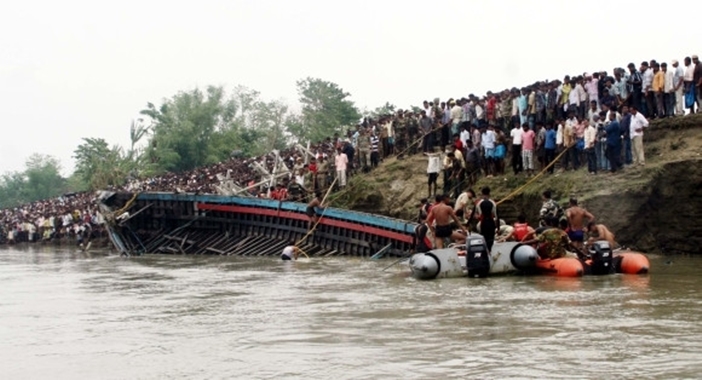 After disappearing suddenly on board of a ship, the body of an assistant captain of a ship conveying crude oil from Patani to Kwale in Delta state has been found floating on a river in the state.

Newsmen reports that the deceased was on board the ship with eight crew members when he suddenly disappeared. The ship which is owned by an Indian oil exploration company, eventually berthed at Aboh community in Ndokwa East council area of the state and the assistant captain was discovered not be onboard. His mutilated body was later to be found in a river in the state.

Confirming the incident, the spokesperson of the state police command, Onome Onowakpoyeya,

“The report we had is that at the time the ship was about to sail, they discovered somebody was missing, but whether the man was murdered, I cannot tell you that” she said.

The police spokesperson said the captain of the ship has been arrested, while six others on board the ship are currently on the run.