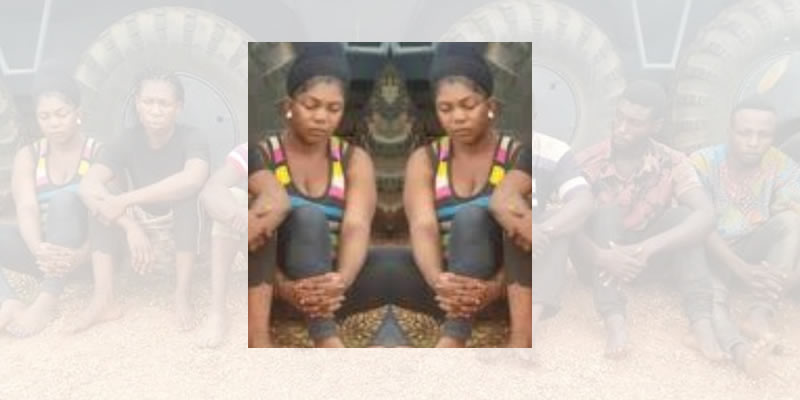 A 20-year-old lady identified as Mary Idris alongside her 18-year-old collaborator identified as Victor Olawusi on Monday have been sentenced to two weeks community service by an Ekiti State Chief Magistrates’ Court sitting in Ado-Ekiti for faking a kidnap.

The convicts were also ordered to undergo two weeks counselling for the offence by the court.

Recall that the female convict simply identified as Mary travelled from Ado-Ekiti from Akure, the capital of Ondo State on August 9, 2020 and conspired with victor to send a message to her parents that she had been kidnapped and that her abductors were demanding ransom.

Speaking on the matter in court, the police prosecutor identified as Monica Ikebulo said the convicts did conduct themselves in a manner likely to cause a breach of the peace by concealing their whereabouts and demanding ransom from Mary’s parents on the pretext that she had been kidnapped.

The female convict, Mary disclosed that she went to her boyfriend at Akure to catch fun and ran out of money to make her way back to Ado Ekiti and this made her to send the alarming message to her parents.

Giving her verdict, the Chief Magistrate, Adefunke Anoma said, “This again is sadly a sign of high moral decadence in the fabric our society.”

Abandoned baby found by the roadside in Akure

Frowning at Mary’s action for leaving the comfort of her home only to go and stay at a guesthouse for for days, Anoma ordered that the two (community service and counselling) are to run simultaneously and the convicts are to report back to the court at the expiration of the said two weeks.