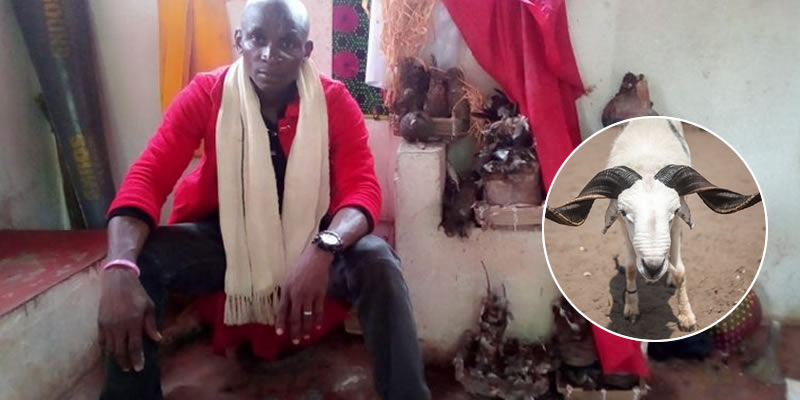 There was confusion at Abor vil­lage, Umuoji, Idemili North Local Government Area, Anambra State after a man storm Iba Okaka Shrine to steal the sacrificial head of a ram offered to Udo deity.

Angered by the action, WITHIN NIGERIA learnt that the chief priest of the deity, Nnamdi Anaeze Ezegbo has threatened the suspect with curses.

Ezegbo lamented about the theft while performing another sacrificial offer of goat to wa­ter spirits (mmuo Ndi mmiri) to enable the spirits stop sub­merging the shrine premises with flood even when there was no rainfall.

“Last time I slaughtered a ram to appease the gods to ward off all evils here and the head was buried in the ground as demanded by the Udo deity while some other parts were cooked and shared among those that were present including a suspected thief notorious in the community.

“On the night of the fate­ful day when we had all left, the suspected thief stormed the shrine premises and ex­humed the ram head which he stole for protection and power, knowing the efficacy of the Udo deity.

“I have advised him to re­turn the ram head to avoid incurring the wrath of the deity which includes curses and death.”, the Chief Priest said.