Popular Nollywood actress, producer and entrepreneur, Lilian Afegbai has revealed that her father was involved in a fire accident.

The former Big Brother Africa reality tV star disclosed that her father was recently involved in a fire accident and got serious burns which almost took his life.

She took to her social media to urge her followers and fans to say a prayer for her dad, while also stating that she’s ‘Grateful for life ’ in her post on social media. 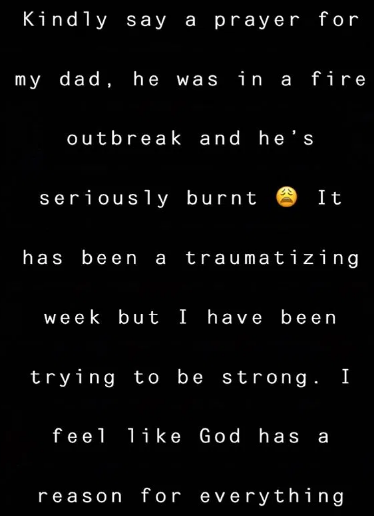 Afegbai in 2018 won the Africa Magic Viewers’ Choice Awards for Indigenous movie of the Year for her production debut Bound.