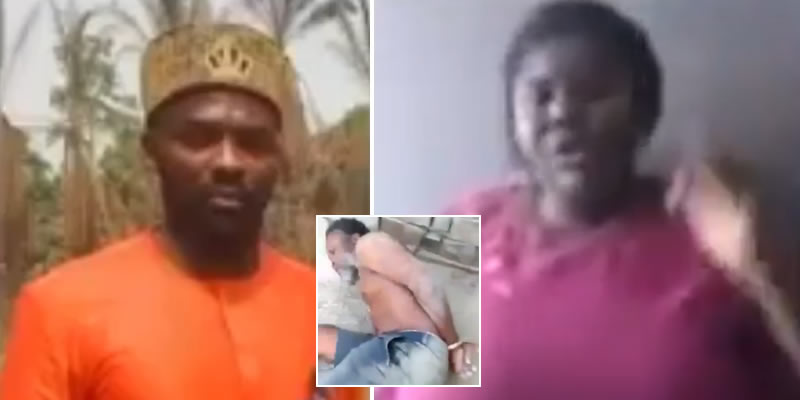 VIDEO: Mother of five whose husband was used as collateral in Pakistan cries out

A woman identified as Ezineh Wantu has accused one Emmanuel Chidela of not returning her husband after he took him to Pakistan for business deals.

The woman, Ezineh in a video also alleged that some men in Pakistan gave Emmanuel some goods and allegedly used her husband as collateral for the said goods in Pakistan.

The wife of the tortured and abandoned man in Pakistan begged Emmanuel to pay up people holding her husband so that her husband will not die there.

The mother of five further alleged that Emmanuel vowed that he will not rescue her husband but would use the money on court case with her.

Speaking on what she had done to ensure the release of her husband, she said Emmanuel had been arrested by SARS officials and was prosecuted in Area Court Abuja where he was granted bail.

Emmanuel has been running and does not want to appear again in the court but I know that the case is still on and we will be heading to court next month, she said.

The woman further appealed that Emmanuel should go and pay the people torturing her husband the money he owe because she will not allow them to kill her husband.

In a similar development, video of the said man undergoing torture in Pakistan appealing to Emmanuel to come and pay up so that he can be freed has surfaced.

These people are killing. See where these people kept me. Emmanuel please, send these people their money, an apologetic man under torture appealed.