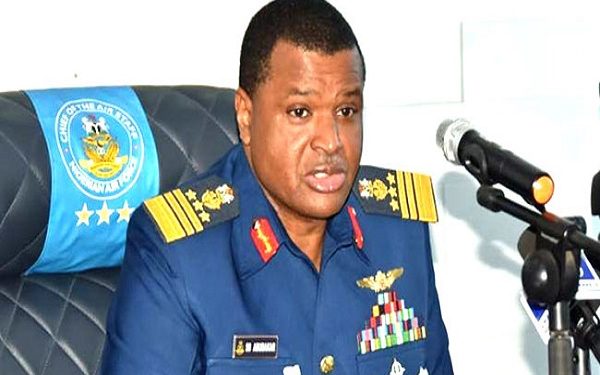 Chief of Air Staff (CAS), Air Marshal Sadeeq Abubakar has promised that the Nigerian Air Force (NAF) would not relax its onslaught against bandits until criminals stopped killing innocent civilians.

Air Marshal Abubakar made the vow in Katsina on Thursday during an on-the-spot assessment of “Operation Wutan Daji Two“, a subsidiary of “Operation Hadarin Daji.”

The operation was recently launched to restore sanity in the Northwest.

He explained that “Operation Wutan Daji Two” has a mandate to identify bandits’ locations in the forests with a view to flushing them out.

He expressed satisfaction with the operation by the Air officers and men and urged them to work in synergy with other security agencies against banditry, kidnapping, cattle rustling and criminal acts.

The CAS said that he got the briefs from the officers in charge of the ongoing operation who pointed out the areas of changes and needs.