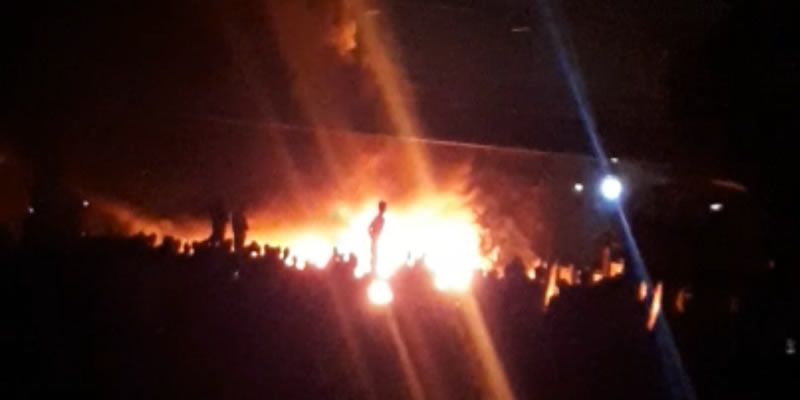 WITHIN NIGERIA gathered that the late evening fire accident occurred a few minutes past 10 pm, burnt down two other vehicles.

Unspecified number of persons are reportedly feared dead as LASEMA says casualties cannot be ascertained around 11 pm when rescue operation was ongoing.

Footage from the fire accident below;

The Director-General of the Lagos State Emergency Agency, Dr Olufemi Oke-Osanyintolu, who confirmed the incident said “The Agency responded to distress calls and upon arrival at the scene of the incident, it was discovered that a tanker with unknown registration number conveying petroleum lost control while in motion and subsequently fell sideways.

“This led to an explosion in which two unidentified vehicles were burnt.

“A joint team of responders led by LASEMA, LASG fire service, LRU fire unit, Nigeria Police, and LASTMA are working together to curb the inferno from escalating further.

“Casualties cannot be ascertained at this time. Rescue operation ongoing.” He said