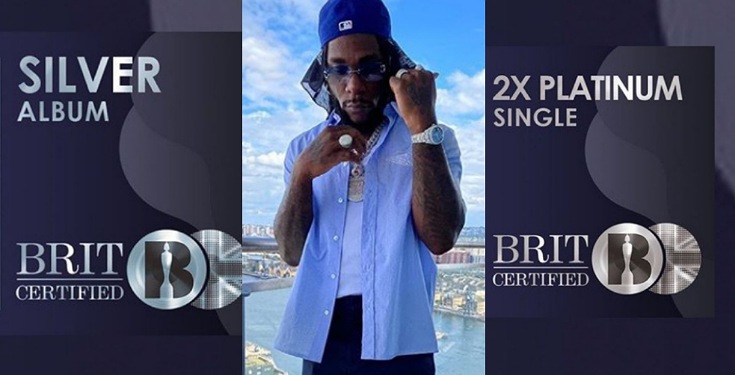 Grammy-award nominated Nigerian afrobeats singer, Damini Ebunoluwa Ogulu, known professionally as Burna Boy, took to his social media page to announce that his African Giant album has gone Silver in UK and his song, “Own It” has now gone Platinum for the second time.

According to him, African Giant has gone Silver in the UK and in addition to it, his song with UK singer, Stormzy, “Own It” has hit Platinum for the second time.

Taking to his Instagram page to make this announcement, Burna Boy wrote…

“AFRICAN GIANT SILVER IN THE UK & OWN IT X2 PLATINUM . Shouts to my brudda Stormzy and love to everyone that supports us. Go stream “REAL LIFE” now!”