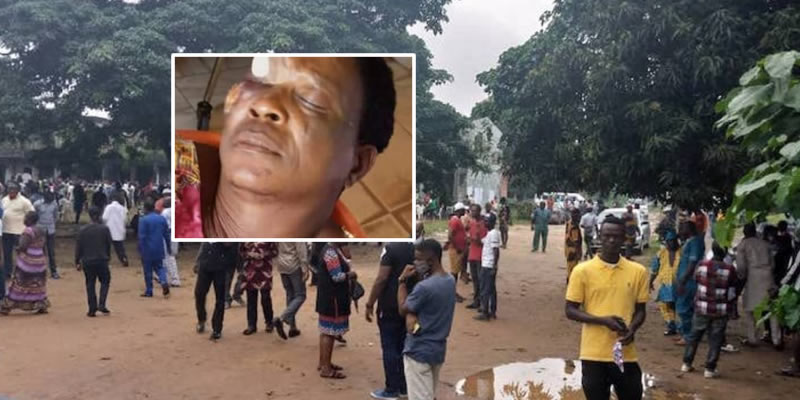 Edo State gubernatorial election which took place on Saturday recorded multiple violent outcomes in some Local governments, not excluding the sporadic gunshots at Uneme-Nekhua, Ward 1, Unit 9 in Akoko-Edo Local Government Area of Edo State. And Egor local government area where Florence Imafidon, wife of the chairman of the All Progressives Congress (APC) was beaten up by some youth over allegations of voter manipulation.

WITHIN NIGERIA learnt that one of the known thugs hauled pebbles at the voters with the intention of discouraging them and that the pebbles eventually shattered the windscreen of his car at Uneme-Nekhua, Ward 1, Unit 9 in Akoko-Edo LGA. Delay of security personnel almost led the people to resort to self-help. 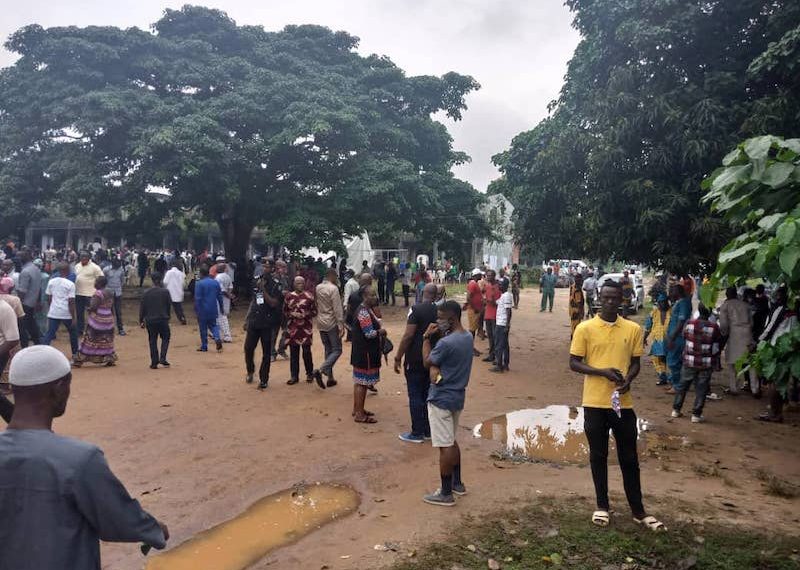 Deputy Majority Leader, House of Representatives, representing the constituency, Hon. Peter Akpatason while lamenting about the situation lambasted the security personnel for not showing up on time when they were needed.

Commenting on the overall outcome, he said, “It is not unusual that sometimes, people disagree, but it becomes worrisome when it’s obvious that it is politically motivated with the view to discrediting the process to create grounds for the cancellation of these genuine and legitimate results.

“This was predicted and was written all over the place that some people were planning to attack this voting centre. Right from last night, they have been hovering around everywhere; we kept vigil to make sure that the untoward didn’t happen, but eventually, some miscreants decided to be unruly to the extent that a known person resorted to throwing pebbles to disperse people who had come to vote so that they would not vote. I believe the intent was to ensure that we didn’t get maximum votes in this place or to cause chaos that could possibly lead to the discrediting of the results,”

Meanwhile, Florence Imafidon, wife of the chairman of the All Progressives Congress (APC) in Egor local government area in the state, was beaten by some youths who accused her of manipulating votes at Tipper Garage polling unit in Egor while the voting exercise was in progress.

Florence was accused of sharing money openly to voters in exchange for supporting the APC before she was attacked and the incident delayed voting exercise for a while.

The politician’s wife who was overpowered by several angry youths received slapped several times. However, one person involved in the attack was arrested by the police, while the woman who sustained severe injuries was taken to a medical centre for treatment.