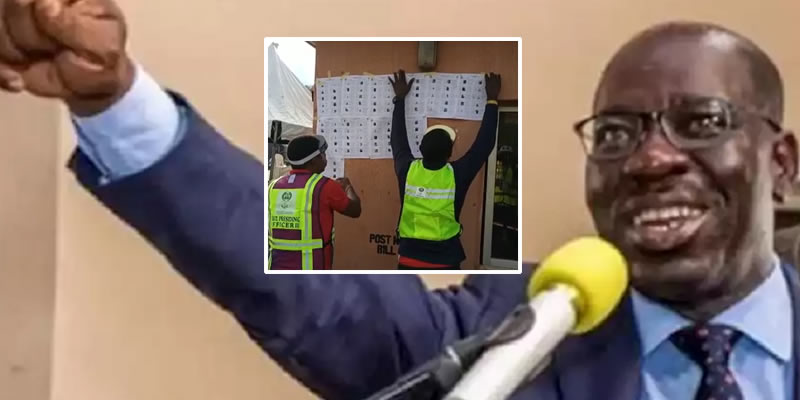 All Progressives Congress (APC) candidate, Osagie Ize-Iyamu is being defeated with over 14,000 votes by his rival Godwin Obaseki, candidate of the Peoples Democratic Party (PDP) as of 12:45am on Sunday, when Independent National Electoral Commission (INEC) declared results in four local government areas.

WITHIN NIGERIA learnt that as of 12:45am on Sunday, INEC had declared only results in four local government areas.

The total votes in the four local government areas:
Obaseki of PDP polled polled 42,708, : while Ize-Iyamu of APC polled 27,714.