Disqualified Lockdown housemate, Erica has stirred reactions after the video of her visit to Ovation publisher, Dele Momodu’s house surfaced

In the video, Erica was spotted dining with the veteran journalist’s family in their home and wore smiles as she conversed and had a good time with them.

However, fans couldn’t help but notice that the actress wasn’t putting on a bra during her visit to the married man’s house and this has caused a stir on social media with many dragging her over supposed “insensitivity”.

Particular about Dele Momodu being a married man, a lot of people were appalled with Erica’s disregard for his status and appearing at his home so loosely without underwear.

Watch the video and see reactions below: 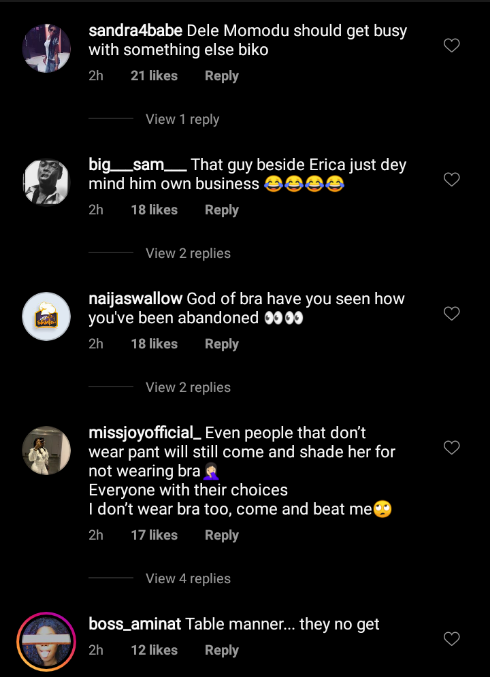 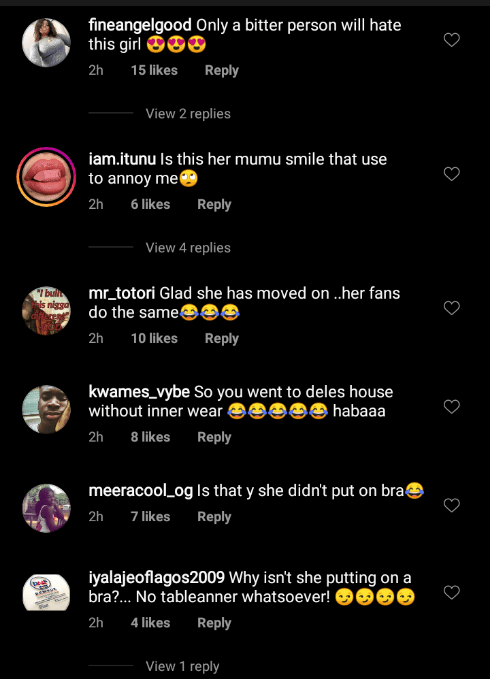 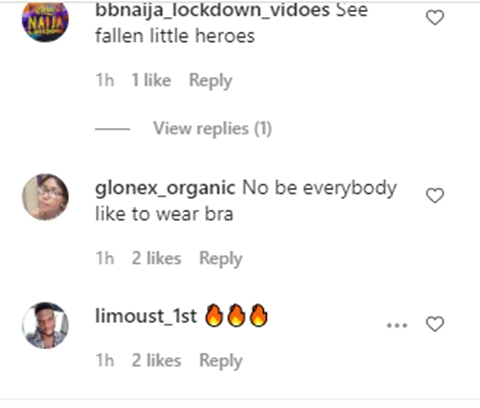