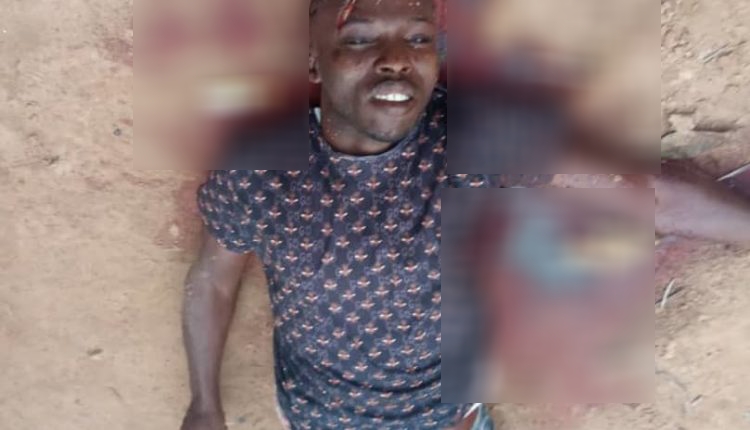 WITHIN NIGERIA learnt that the victim who hails from Idigbe- Ocha quarters, Obodogwugwu community was murdered in a bush by unidentified men.

According to Daily Independent, the deceased and some of his kinsmen went to a disputed land site between Obodogwugwu and Ugbolu to map out roads when trouble started.

Report revealed that the victim was shot during an altercation with youths suspected to be from Amachai quarters, Ugbolu community.

A community source told newsmen that there has been a lingering land dispute between Obodogwugwu and Ugbolu community which has gone unresolved for several years.

However, the Chairman of Idigbe- Ocha Youths, Mr Ifeanyi Ijeh claimed that the land in question belongs to Umuidigbe- Ocha quarters.

According to him, ” Four years ago, the people of Ugbolu took the matter concerning the ownership of the land to court and lost the suit to Idigbe-Ocha quarters, Okpanam”.

When asked, he said he had no clue on why the deceased and some perosns went to the land.

She then mentioned that no one has been arrested in respect to the killing.