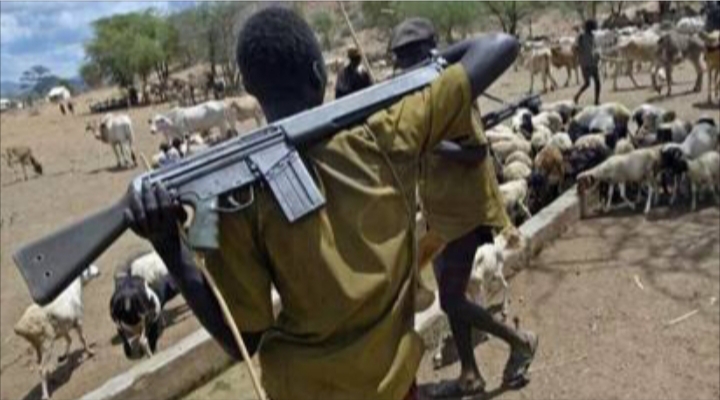 Five persons have been reportedly beheaded by unknown gunmen suspected to be herders at Tse-Apera Village, Nzorov district of Guma Local Government Area of Benue State.

According to a villager identified as Terwase, the gunmen who stormed the village at about 5.am on Sunday also left many people injured.

Terwase ,said: “We heard clearly  the invaders speaking Fulfude language . When they came and started knocking  on  people’s doors  and as the  people came out to see who was knocking, they attacked the innocent people.

“It was the cry  of anguish from  people that were being attacked  that woke me up and I wasted no time  to flee and hid  in the bush until daybreak . When some people and I  returned home , we saw five dead bodies. One of the bodies was  beheaded.”

Speaking on the incident, the Chairman of Guma LGA, Mr Caleb Aba said two people were killed on the spot by the gunmen while a third person who sustained injuries during the attack died at the hospital.

“The attack was  around 5 am on Sunday, the herdsmen invaded the village ,Tse Apera, and shot  the people that came out. For the people who had not woken up, they knocked on their doors and when they woke  up , they were shot at close range. They killed two people and one of them was  beheaded while eight others were injured. Six of the injured  persons were taken to Benue State University Teaching Hospital (BSUTH) while two others were taken to General Hospital in Gbamjimba but one of the injured that were taken to BSUTH died on Monday morning”.