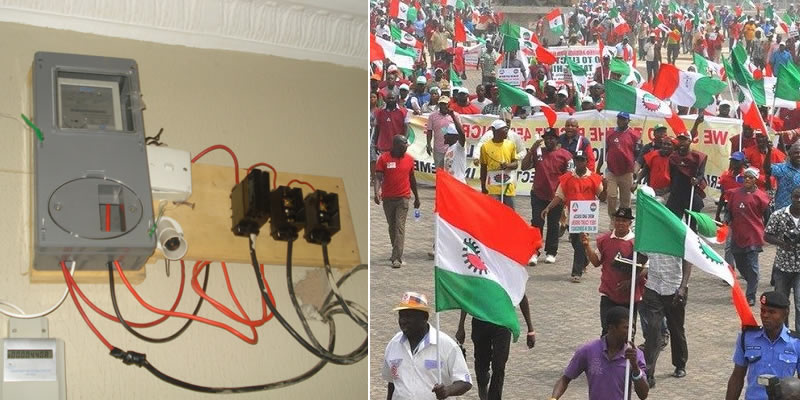 Organised Labour has suspended nationwide strike and mass protests after meeting with the government in a meeting on Sunday which lasted till early hours of Monday September 28.

The meeting led by the Secretary to the Government of the Federation, Boss Mustapha had in attendance a committee comprising labour and government representatives.

WITHIN NIGERIA learnt that the much publicized indefinite nationwide strike and nationwide protests was put to an halt after the Organised Labour and the Federal Government reached a consesus during the last minute meeting which ended around 2 a.m this morning.

The government has agreed to suspend the electricity tariff for two weeks while a committee will advise further.

According to reports, there were no clear decision on the deregulation of the downstream sector as Labour insisted that the refineries should work with a commitment from Government in order to force down the price of the Petroleum Products.

However, strike may take place or have impact on activities on Monday as a result of the late agreement.

Recall that the Organised Labour in Lagos State has said all sectors would be shut from Monday. Deputy Vice President, Nigeria Labour Congress, Amaechi Asogwuni who spoke at a news conference on Sunday said airports, banks, and offices would not be allowed to function while appealing to Nigerians to join the protest.

According to sources at the last minute meeting with the government, despite the mid-night agreement, the impact of the strike would still be visible today as most workers already mobilised will not go to work.

“We all know that there is no way the effect will not last till noon, that would however serve as deterrent to government from taking labour for a ride. The same thing was done by Rivers State two weeks ago when we went to shut the state. The government was calling for a meeting at the last minute, which to me was not good enough,” he said.