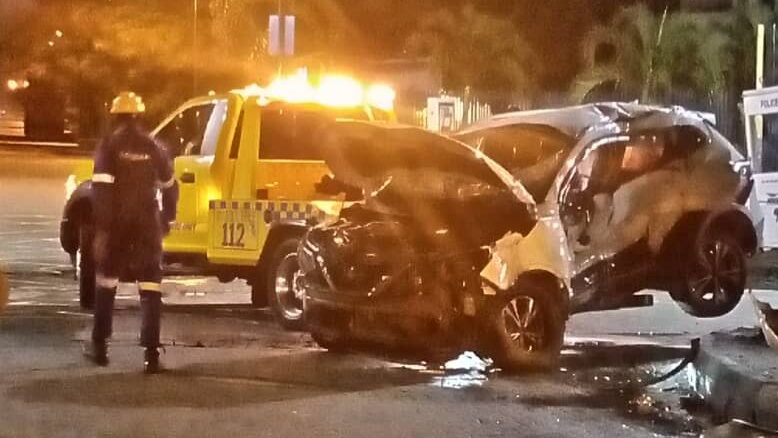 WITHIN NIGERIA learnt that the accident happened at 1.44am at a traffic stop intersection by Golden Gate, Ikoyi. 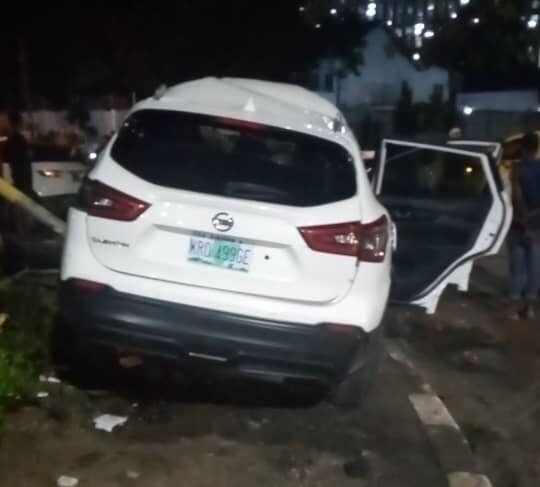 According to the Lagos State Management Agency, both vehicles were speeding.

Responders from the agency arrived within 10 minutes from its Lekki base.

“On arrival at the scene, it was discovered that a white, unregistered Ford Ranger [SUV] and a white Nissan [SUV] with registration number KRD 499 GE, had a head-on collision at the traffic stop junction of the road,” the agency said.

“Further investigation carried out revealed that, both vehicles whilst on top speed, ran into each other at the intersection of the road.”