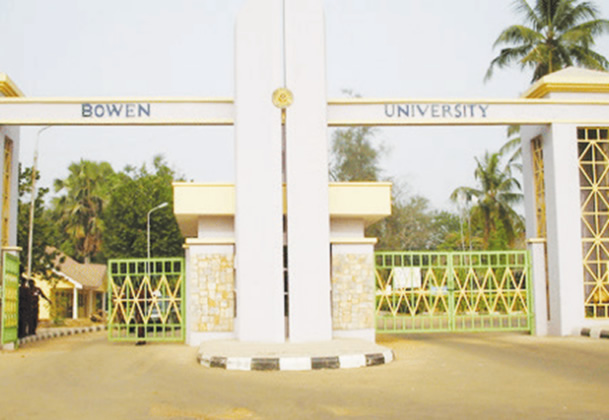 A former security officer at Bowen University, Iwo, Oyo State, known as Adams Toyin Goodness, is seeking for help over three months unpaid salaries allegedly being withheld on the orders of the Vice Chancellor of the institution, Prof Joshua Ogunwole.

Goodness said she discharged her duties with the institution diligently until February 2019 when her salary was withheld without any reason.

In a letter obtained by newsmen and addressed to the President of the Nigerian Baptist Convention, she said, “ I assumed duty as security officer operations and investigations on September 2, 2016 and I was found competent and diligent at carrying out my duties while the university was faithfully discharging her obligations to me without delay or denial.

“This cordial relationship began to experience a setback when my February 2019 salary was withheld and upon my enquiry at the university’s Salary and Wages Unit, I was reliably informed that the directive to withhold my salary was an executive order from the VicebChancellor, Prof Joshua Ogunwole. Despite this development, however, I remained focused and did not allow this to affect my psychology, emotion and performance as a security officer.

“By end of March 2019 when staff salary was paid, my salary again was withheld also on the orders of the Vice Chancellor.”

By the end of April 2019, Goodness was reportedly paid half salaries owed her from March while the salary from February remained withheld which prompted her to write a letter to beg the Vice Chancellor to release her salary.

Mayorkun Offers To Help Man whose car was vandalised during #EndSARs…

Most WASSCE Certificates Holders In Borno Cannot Gain Admission Into…

“At the end of April 2019 when the salary was paid, I was paid half salary for March and April 2019 respectively while the February salary remained withheld. This development prompted me to write an appeal letter for the release of my withheld salary dated 10th May 2019. Meanwhile, this letter later became the albatross as May, June and July salaries were withheld forthwith.

“As a rule, an employee must avoid confrontation with his boss, so I wrote the second letter of apology dated 24th June 2019 begging the Vice Chancellor to kindly release my withheld salaries. My ordeal continued until Thursday 27th June 2019 probably when the university realised that it was acting ultra vires, I was subsequently served with a letter to face the Staff Disciplinary Committee on the allegation that my application letter for the post I was employed for (security officer) as at then was misleading and also that I did not voluntarily discharge from the Nigerian Army.

“I admitted to the former because the university recruitment policy for the security units employs a graduate as a security officer on a senior cadre appointment, while the latter was a personal decision extensively discussed during my interview where the university Registrar was in attendance in 2016.

“Consequently, on the 22nd of July, 2019 my appointment was terminated and was paid three months’ salary in lieu of notice in accordance with the terms and conditions of my employment while my February, May, June, July and half of March and April salary remain withheld till date. Upon the termination of my appointment, I chose the path of peace by writing another letter of appeal to the Vice Chancellor reminding him of the university obligation to paying my salary for the months I diligently worked for afterwards the Bible affirms that “a labourer deserves his wages” more so I was a contributor to the university cooperative and I need to redeem my outstanding loan of N271, 046.24.

“This was categorically stated in my appeal letter to the Vice Chancellor, yet there was no respite.”

She said the university cooporative from which she obtained a loan are now threatening to deduct the meagre salary of her guarantor because of her inability to repay the loan she took out and appealed to the President of the Baptist Church in Nigeria to intervene to ensure that that does not happen.