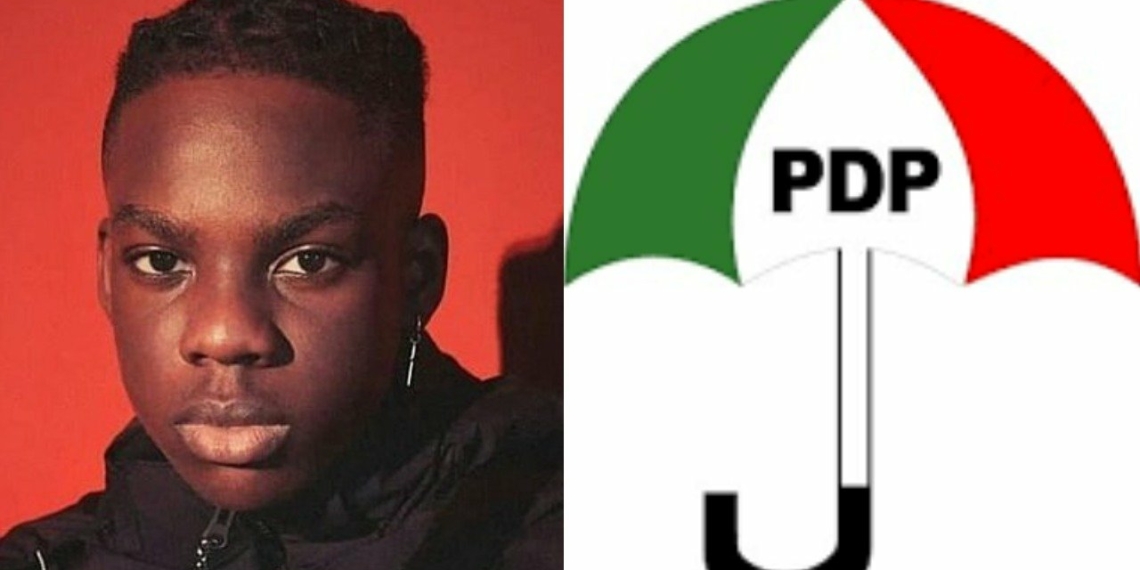 Justice Ikubor, who was a former chieftain of the party, he allegedly died in a hotel room in Benin, capital of Edo in 2008.

He tweeted: “PDP y’all need to explain what happened to my Father in that Hotel room. Justice Ikubor’s son has risen.

“I saw the bag of money, 2008. Life was rough when I lost him. When I come to Benin, I’m gonna visit the houses of the names I still remember, peacefully.” 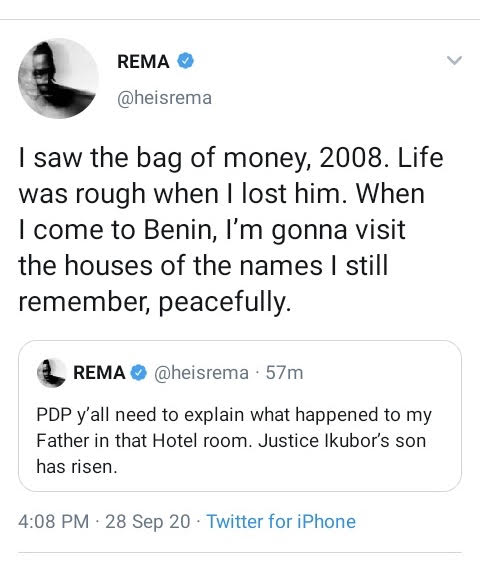 Though the tweets were later deleted, he confirmed it wasn’t by him.

He called out Gov Godwin Obaseki, stating “Ravers they trying to deactivate my acc. Fight for me while I’m away, love y’all.

“Gov. Obaseki, Governor of Edo state. Your victory party was the last place I performed as an upcoming artist, After you won the election 4 years ago. This is 4 years later, you won the election again and I’m a star now. You’re the only one that can call me back HOME.”