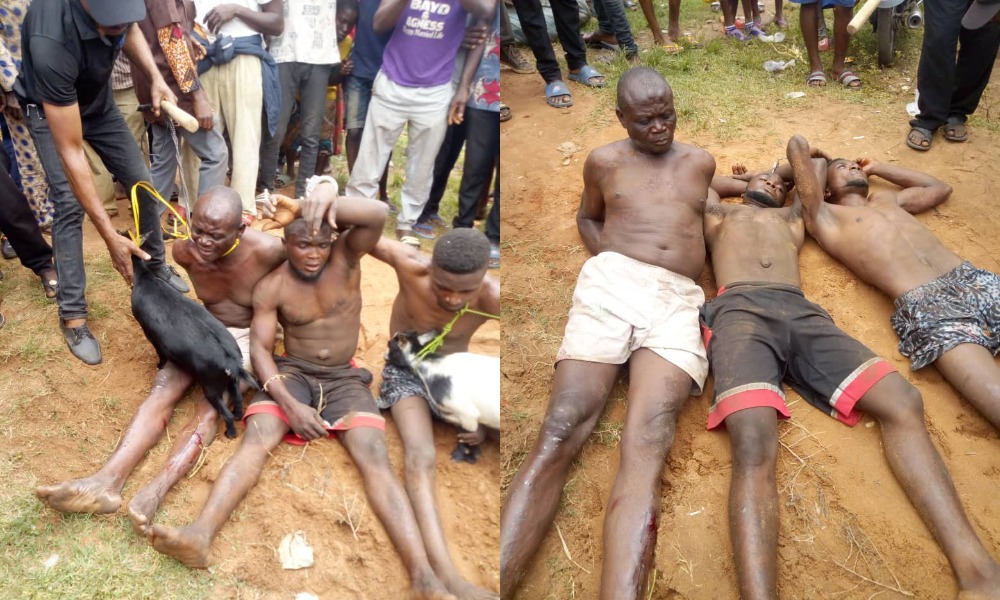 A Nigerian man identified as Godwin Abah has been arrested by the police for allegedly stealing a goat to celebrate his late mom’s remembrance in Benue.

Godwin who was said to be a retired Deputy Superintendent of Police, was reportedly planning to celebrate his mother’s one year remembrance and needed a goat for the ceremony.

According to reports, he sent two boys to get him a goat but luck ran out on them, as they were nabbed by local vigilante.

The retired DSP, Godwin was arrested alongside the two other boys and have been taken to Orokam divisional police headquarters for further prosecution.