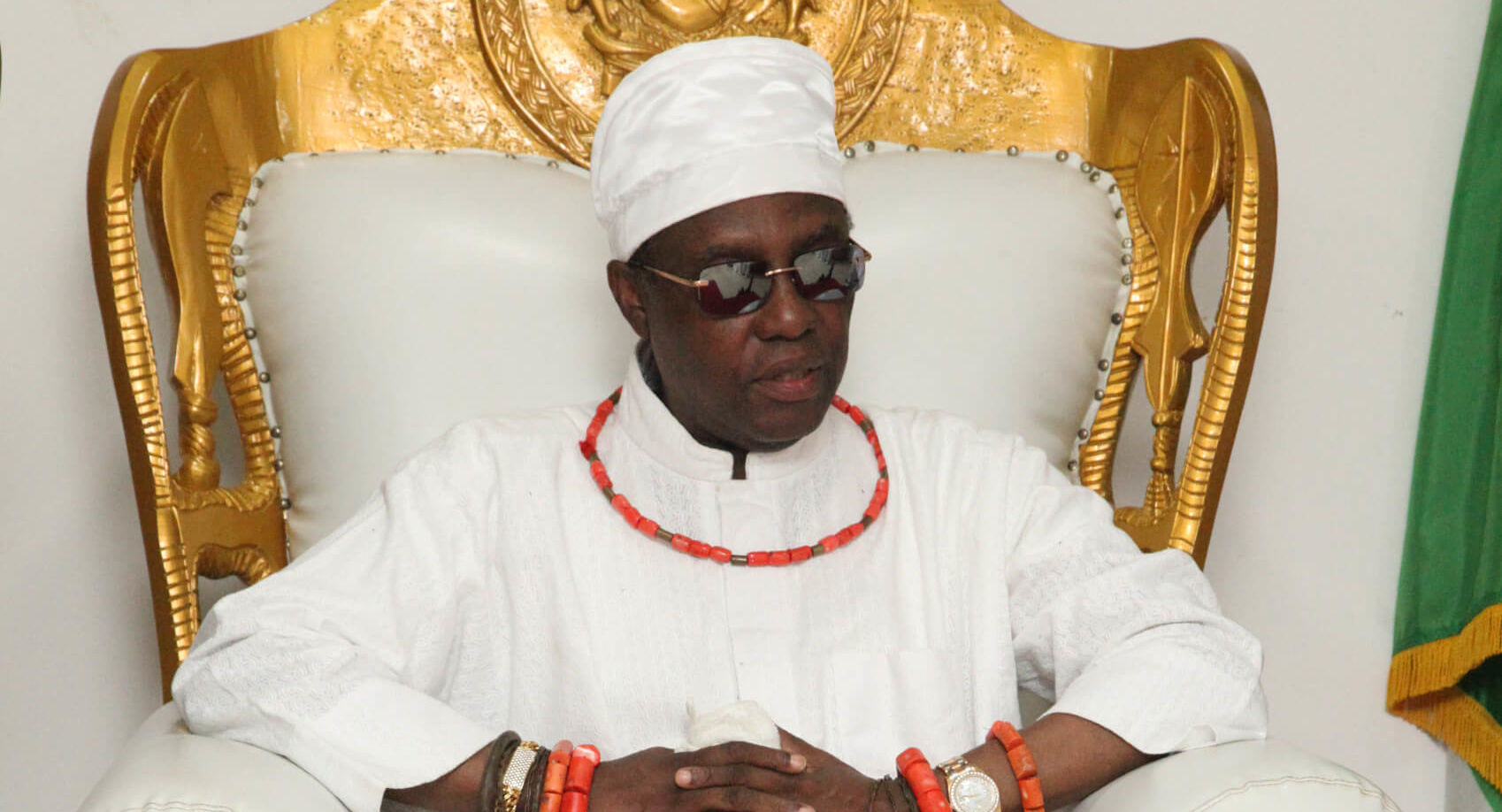 Oba of Benin, His Royal Majesty, Oba Ewuare II has implored the Peoples Democratic Party (PDP) not to control Godwin Obaseki, the governor of Edo state.

This statement was made by the royal father on Tuesday when he hosted five PDP governors.

The monarch also charged the PDP to guard against godfatherism.

“I appeal to the governor to let bygone be bygone, all are gone now and I have told him that he should stretch out the olive branch for all sides to work with him. All hands should be on deck to work for Edo state and Edo people everywhere they may be,” the monarch said.

“I said the whole world is watching Edo state and I said, don’t worry it is not what they think will happen that will happen. Come the election, there will be peace and I begged my ancestors and that if it is only that we can achieve, I will thank our God.

“I want to on this occasion plead with the PDP to guard against godfatherism and not to allow unscrupulous members kill your party. I will tell the PDP governors not become hidden godfathers that will be controlling Governor Obaseki.”

Obaseki, who thanked the traditional ruler for his role in ensuring a peaceful election, promised to rededicate himself to serving the people.

“You are our Oba and it behooves on all of use to preserve the traditional institution. You have kindly received us today; I want to assure you that as the governor of Edo State, I have heard your admonitions and I want to promise that I will rededicate myself in my next tenure to the full service of the state and the people of the state,” he said.

Wike also thanked the king for his role in the election, saying the PDP has respect for the traditional institution.

“You made a promise to us that as a traditional ruler, you are apolitical and so, that you will not canvass for votes for anybody but what you preach is that there should be peace, there should be free and fair election.

“Your Royal Majesty, we have seen with our eyes that there was a free and fair and peaceful election. We are calling on everyone to team up with your son for the development of Edo State.”

The monarch had summoned Obaseki and Osagie Ize-Iyamu, candidate of the PDP in the election, on September 2, appealing to them to caution their supporters to avoid violence.