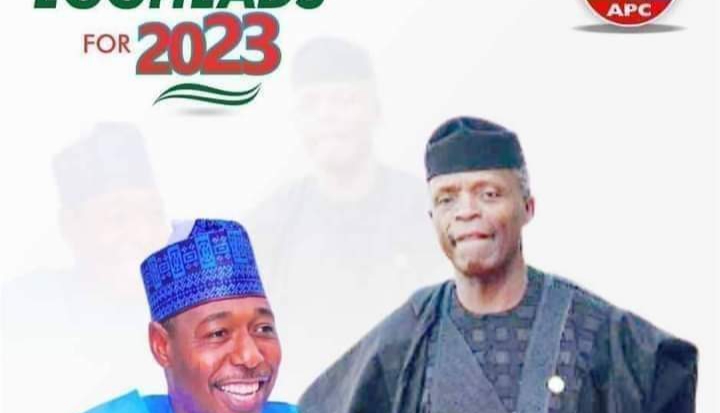 A campaign poster which has the photo of the Vice-President, Yemi Osinbajo vying for President has surfaced on social media platforms.

The poster which also has the Governor of Borno State, Babagana Zulum as Vice President has gone viral and recieved several positive reactions from Nigerians online.

The campaign poster shared on social media platforms with tag “The Two Eggheads For 2023” is flanked by the logo of the All Progressives Congress, APC. 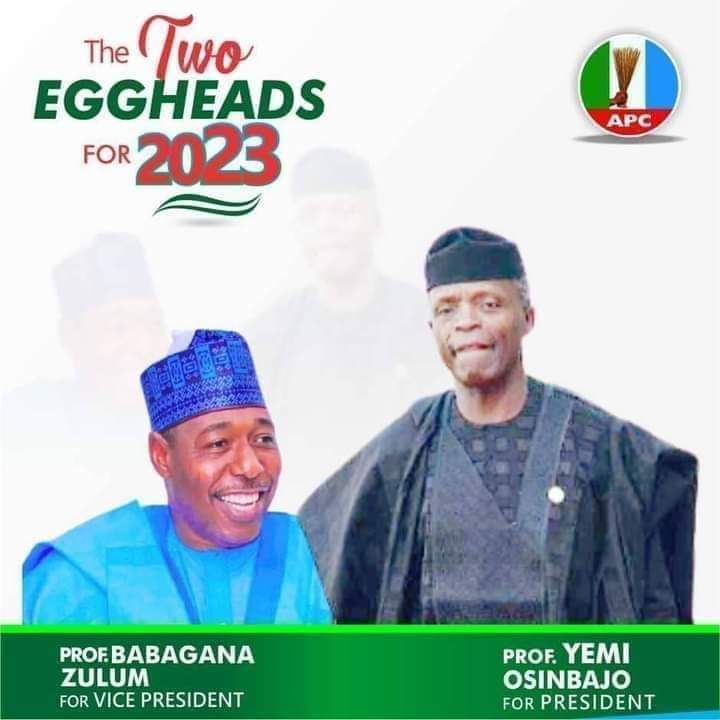 As at the time of filing this report, individuals or groups behind the poster have not been identified.

Prof Yemi Osinbajo and Zulum have not reacted to the poster eventhough it has generated a lot of reactions from social media users.