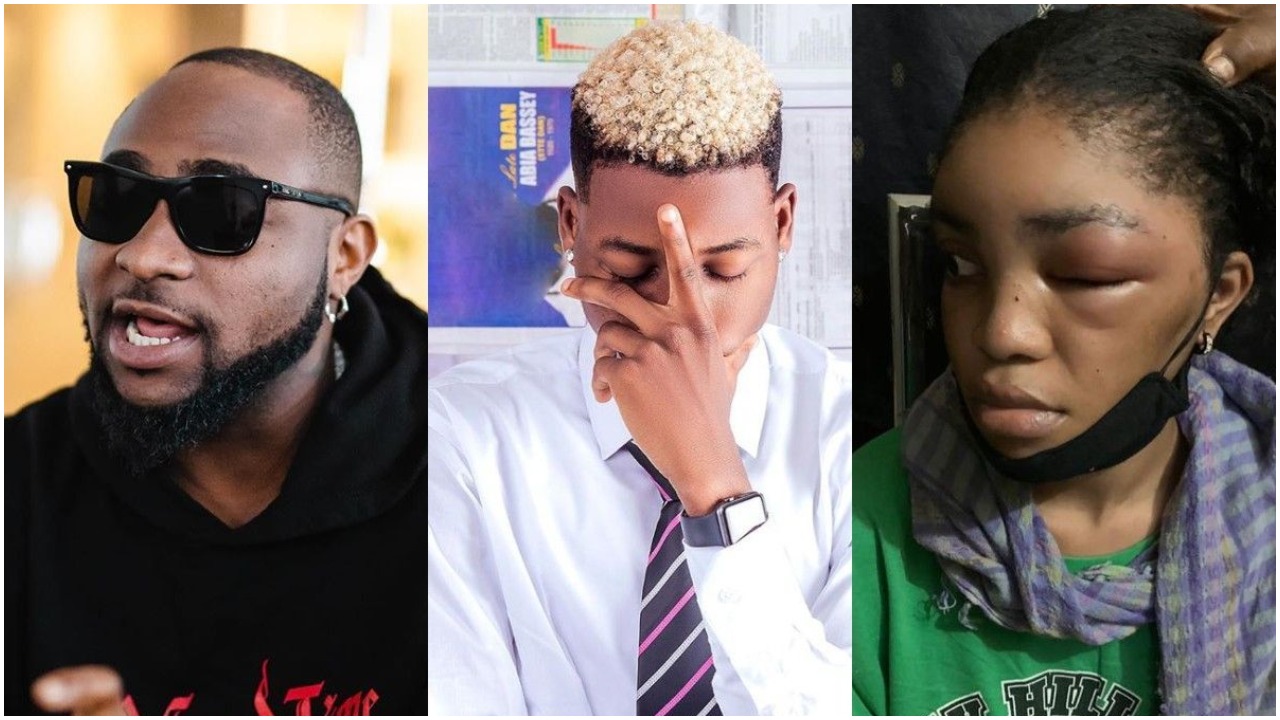 Few days after Lil Frosh’s expulsion from DMW due to domestic violence accusations, sensational Singer, Davido has revealed the plans he has for him.

According to Davido, he will never let Lil Frosh suffer as long as he is still living. The 27 year old made this revelation in the reply he gave musician, Oladips who took to Instagram to humbly apologized on behalf of Lil Frosh.

Oladips wrote “Thats why i am nbegging on behalf of Lil Frosh… David please…
Davido however replied saying ;

“That’s my lil brother for life… as long as i am alive, he no go suffer. But its not me that needs to do the forgiving” 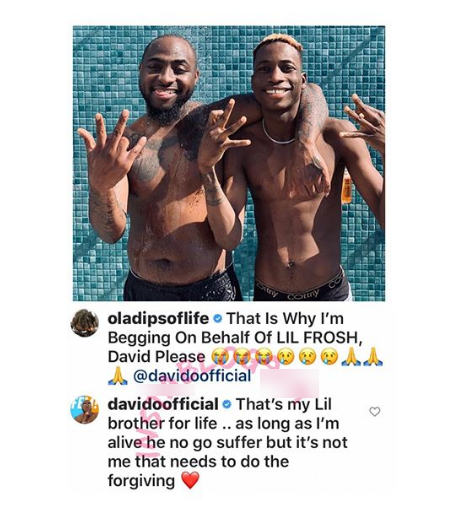 Within Nigeria recalls that Davido released a statement announcing the termination of one of his artiste, Lil Frosh‘s from his record label, following reports that the upcoming singer assaulted his acclaimed girlfriend, Gift Camille.