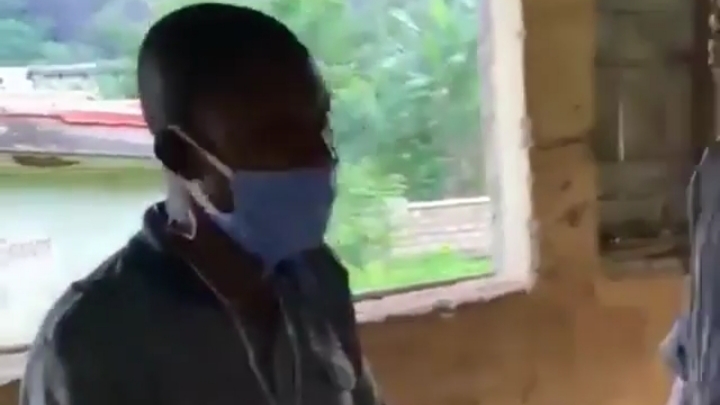 There was a mild drama in one of the polling units in Ondo state as agents of All Progressives Congress (APC) and African Action Congress (AAC) were prevented from engaging in vote buying.

WITHIN NIGERIA gathered that the sum of N200,000 was seized from the agents by the security officials stationed at the polling unit to enforce law and order.

In a footage which was obtained by WITHIN NIGERIA, one of the security officials can be heard saying that AAC and APC agents now work together as one.

A yet-to-be identified man can also be heard saying that he would not come all the way from London, the capital of United Kingdom to be involved in electoral malpractice and asked the security officials to keep the N200,000 because he is interesed in free and fair election.