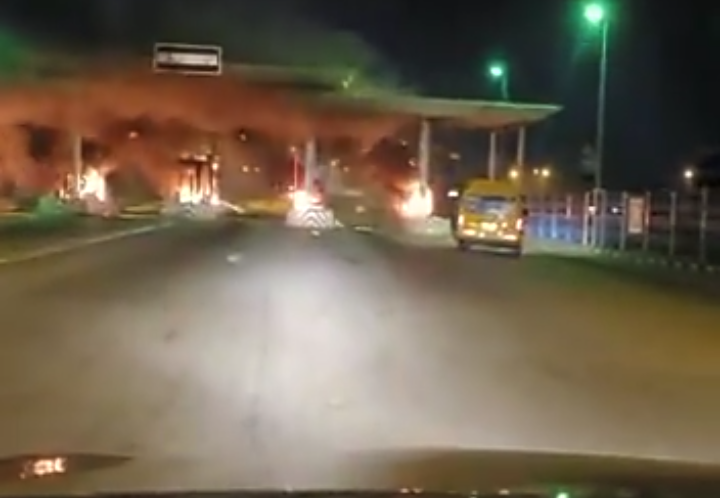 There is currently a fire outbreak on the bridge which connects Lekki to the Ikoyi axis of Lagos.

The bridge has been the alternative route for residents since #EndSARS protesters blocked the Lekki toll gates 13 days ago.

The protesters, who have been demanding an overhaul of the police, have refused to leave the streets despite pleas from government and other stakeholders.

The fire outbreak was recorded after soldiers opened fire at the Lekki toll gate.

There have been outrage on social media over the reported shooting of #ENDSARS protesters at Lekki toll plaza in Lagos by security agents.

It was gathered the light around the toll plaza went off before the security agents stormed the protesters, shooting sporadically.

At least one of the protesters was reportedly shot dead and several others injured as at the time of filing this report.