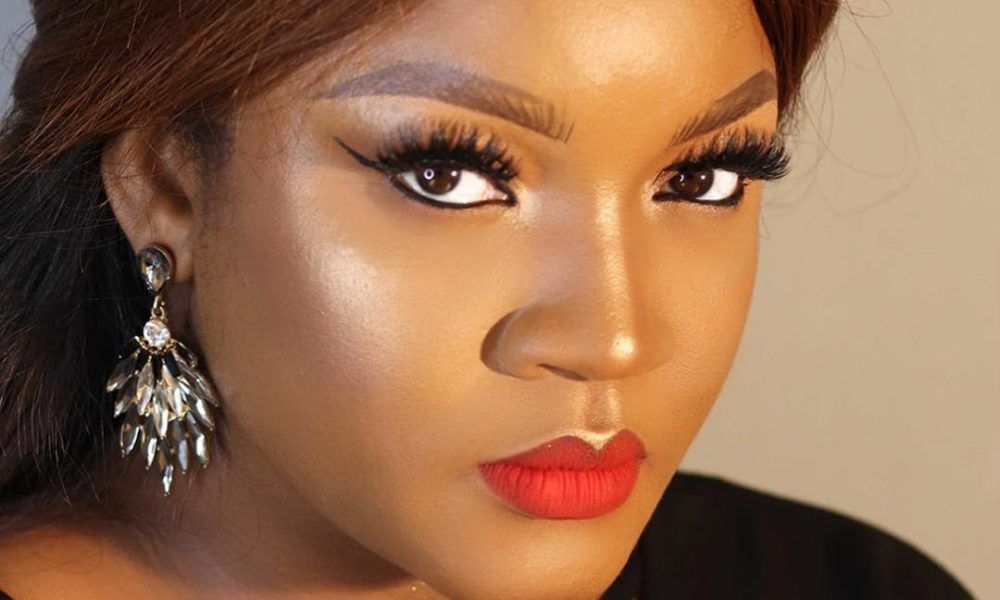 Following the Lekki Massacre incident, Popular Nollywood actress, Omotola Jalade took to twitter to air her opinion and unfortunately, it did not go well with Nigerians.

According to the actress’s tweet, if truly people died at the Lekki massacre, their families should speak out and If no one died, then Nigerians should stop the sensationalism. 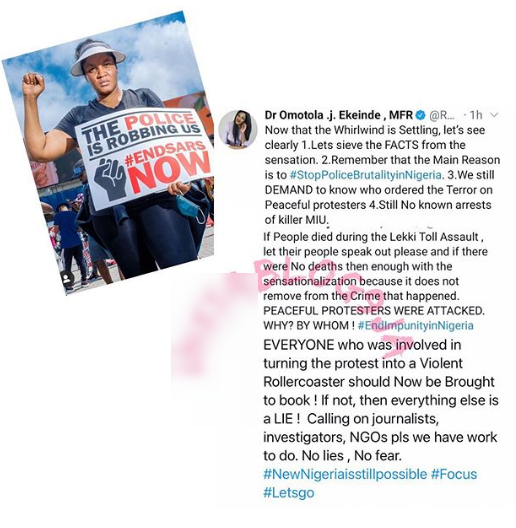 This comment earned the mother of 4 lots of insults and dragging on social media. This  made her apologize and delete the post immediately.

“I’m deleting that tweet so it’s not used wrongly. Apologies as it’s been misunderstood. Sorry about the use of “ if” . Please don’t distrust Everyone there are steadfast people . Know them. We move #endimpunityinNigeria #Endpolicebrutality #EndBadGoveranceInNigeria” Omotola tweeted

See some reactions from Nigerian’s who think her post was an insensitive one;

@king_aderichie wrote “So if they were ophans and no one would come out to speak for them they still don’t deserve justice ? I’m glad my mom can not be this dumb sha.”

@mrpresidennt wrote “Trouble dey sleep wahala go wake am. Who told you all of them have families? Some people will just open their mouth waaaaaaa”

@udeechukwu wrote “Do you think all these things are child’s play… didn’t you see the dead bodies do you think it’s easy for grieving families to speak up. Do you think everyone is as influential as you and can be heard easily …
do you know some peoples family might not be aware till now?”

@princessonums wrote “Omotola!!!??????? What if their families are still looking for them!! Bodies were taken by the Army!!!!!! You for no just talk ”

@chimmy_afiana wrote “It’s obvious that Omotola has been paid. It’s such a disgrace that you of all people could tweet such rubbish..cavisaservice..Omotola always trying to sound intelligent but falls short every single time this is insensitive and tactless”

@fazzy_pizzle wrote “I’m highly disappointed in Omotola ,I expected more I thought she had sense”