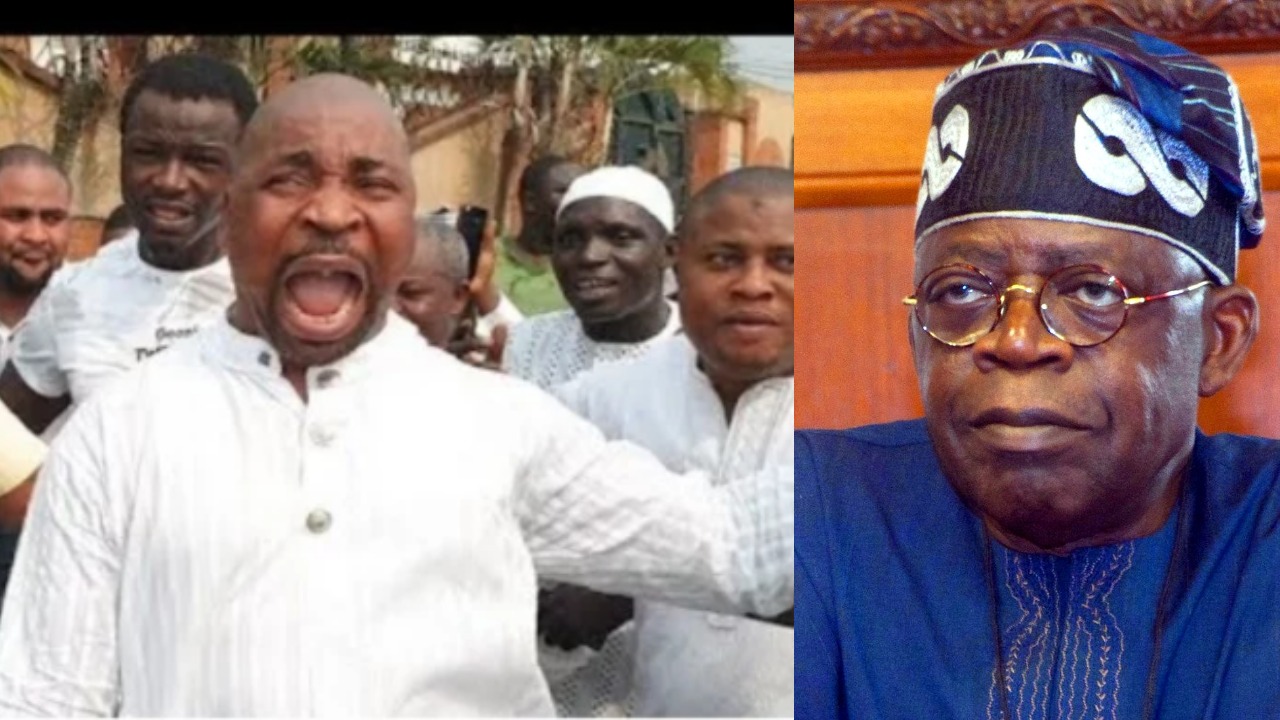 Chairman of the National Union of the Road Transport Workers (NURTW) Lagos State Council Alhaji Musiliu Akinsanya popularly known as MC Oluomo has vowed to forever stand with former governor of Lagos State, Bola Ahmed Tinubu, regardless of what anyone says.

Within Nigerian recalls that there are rumours flying around that Tinubu gave the military men at Lekki Toll Gate orders to shoot innocent Nigerian youths protesting, on the 20th of October. This belief has instilled in people an unending hatred for the self acclaimed Jagaban of Lagos.

According to Mc Oluomo who was also accused of sponsoring thugs to disrupt the peaceful #EndSars protest, he will forever remain Loyal to Tinubu because he knows he is a good man and all accusations against him these past days are mere lies.

Oluomo added that Tinubu will not open his eyes and let Lagos ruin because of the great love he has for the state.

Sharing a video from Tinubu’s press conference on the 24th of October, Oluomo wrote;