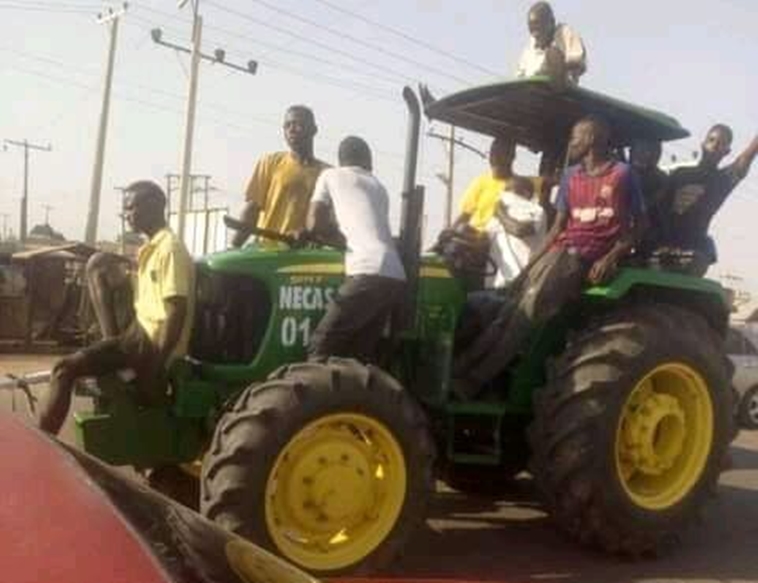 Hoodlums have extended their looting  to private businesses, agricultural storage facilities and government offices, despite the curfew imposed by Adamawa State government.

On Monday, a group of young men broke in to the NECAS warehouse in Kofare Industrial Area in Yola metropolis and rolled away several brand new tractors down the streets.

Jubilant youths were seen moving new tractors and other types of agricultural machines they looted from the warehouses within curfew hours that commenced at 3 pm on Sunday while police and other security operatives stayed away from the scenes.

The youths also attacked PZ and A.D. Basharu warehouses both owned by private businesses before ransacking stores at the headquarters of Adamawa State Primary Health Care Agency from where medical supplies and office wares were removed.

The council chairman of Numan Local Government, Innocent Koto has led other officials on an inspection of affected facilities to assess level of damage in the area after looting of the Rice Farmers Association’s (RIFAN) warehouse as well as a health facility located in the local government secretariat in Numan.

The Police Public Relations Officer in the state, DSP could not be reached by our correspondent as at the time of filing this report.