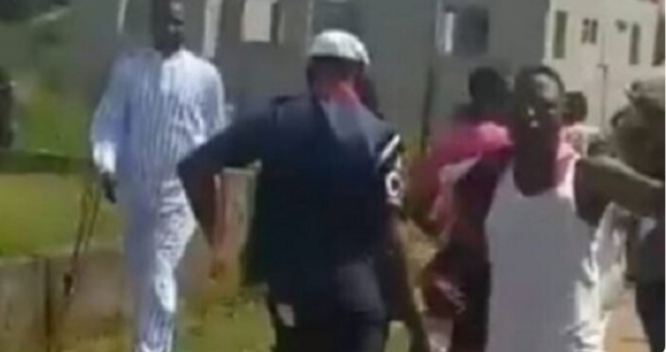 Video of an officer of the Nigerian Security and Civil Defence Corps (NSCDC) caught on camera partaking in the looting of a warehouse in the federal capital territory has surfaced online.

Recall that a mob on Monday attacked a warehouse at Gwagwalada area council about 9:00 am.

WITHIN NIGERIA learnt that the said warehouse which comprises of food items such as bags of grains, rice and cartons of noodles and spaghetti belongs to the agricultural and rural development secretariat of the FCT administration.

In the video which has gone viral, an NSCDC officer was spotted holding three small bags of rice.

Officers seen looting too.. Afterall who no like better thing🚶‍♂️ #EndSARS pic.twitter.com/rlijgZMvb3

A couple of warehouses belonging to individuals in the FCT have been attacked by angry mobs in the past few days.

Last Saturday, the police foiled an attempt by a mob to break into the arts and culture centre in Garki.