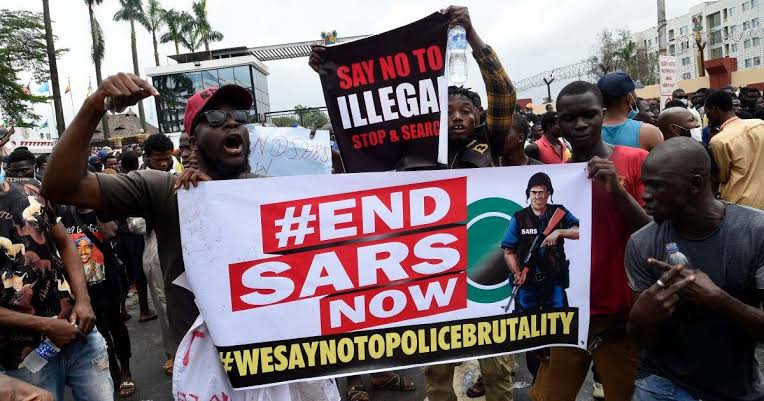 Police to residents: We will not allow any #EndSARS protest in Lagos

The Lagos state police command has announced that it will resist any attempt to organise protest within the state.

This announcement was made by the police public relations officer in the state, Olumuyiwa Adejobi on Thursday.

He said the command gathered information that some persons within the state are planning to regroup for the #EndSARS protest.

According to the spokesperson, such demonstrations, whether peaceful or violent, will not be allowed to take place “as the government and people of Lagos still nurture the wounds of the recent Endsars violence that wrecked havocs across the state”.

“The command wishes to inform the general public that based on intelligence gathering from relevant intelligence agencies, some unpatriotic elements or group of people have concluded plans to orchestrate another set of violence in the state in furtherance to the recent Endsars violence, which has been analysed as dangerous and counterproductive,” the statement read.

“Premised on this, the command, therefore, wishes to warn any individuals, group of students or any groups who might want to stage any form of protest, either “peaceful” or violent, or gathering whatsoever, to desist as the police and other security agencies will collectively and tactically resist any security threats or threats to public peace which might be triggered by protest or protesters in Lagos State.”

Adejobi asked parents and guardians to discourage their children or wards from embarking on any protest in the state.

He added that the “possibility of hijacking it by armed hoodlums to cause grieve and pains like the recent past is evident.”

“We encourage the general public to ignore any call for protest and go about their lawful businesses as all hands are on deck to maintain law and order and public safety across the length and breadth of the state,” he said.