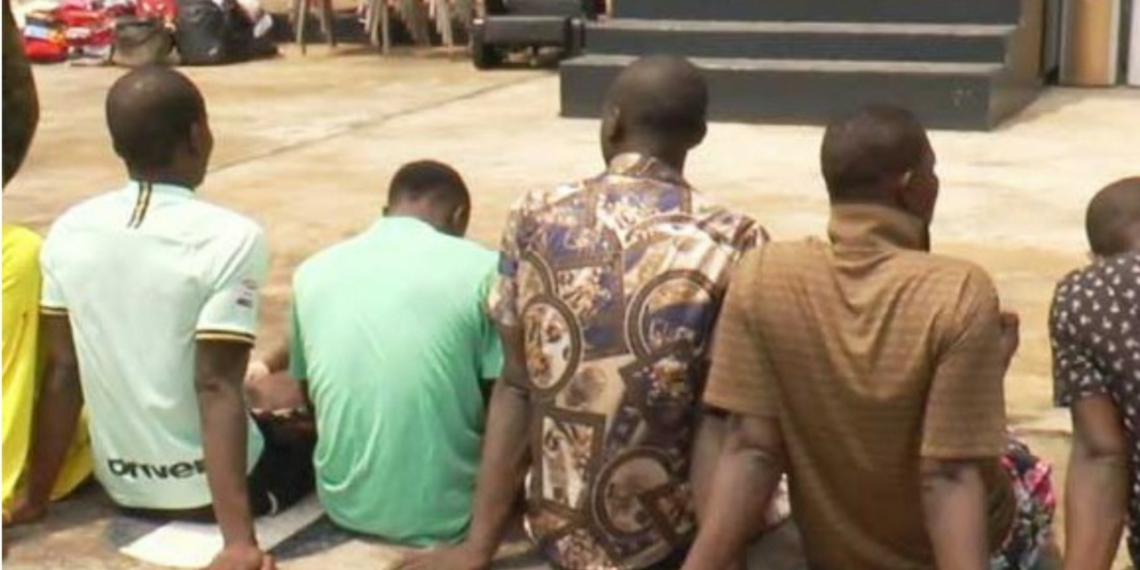 Six #EndSARS protesters who were arrested after regrouping on Friday have been remanded by a magistrate’s court in Abuja.

Recall that WITHIN NIGERIA had reported how the protesters gathered at the entrance of the national assembly in continuation of the demonstration which started early in October.

It was learnt that six of these protesters were eventually arrested after the police used tear gas and gunshots to disperse them.

The protesters pleaded not guilty to the charges.

Tope Akinyode, a human lawyer who represented the accused persons, said the protesters were being held over “allegations of unlawful assembly and wanting to distort the societal peace.”

“Of course, those are clearly trumped up charges because the protesters protested in accordance with the law,” he said.

Akinyode said the magistrate refused to grant bail to the defendants when he moved an oral bail application.

He said the judge demanded that the bail application be done in writing.

“The magistrate cited the case of Asari Dokubo, an armed militant to reject the bail application. He told us to reapply in writing, ” Akinyode said in a tweet.

A Magistrate has remanded Abuja #EndSARS protesters today. The Magistrate cited the case of Asari Dokubo, an armed militant to reject the bail application. He told us to reapply in writing. We're still in court premises because the Magistrate hasn't signed the remand warrant.

In a video posted online, Adeniji said the matter had been adjourned till January 25, 2021.

Violence trailed the #EndSARS protest across the country, leading to loss of lives and destruction of property.