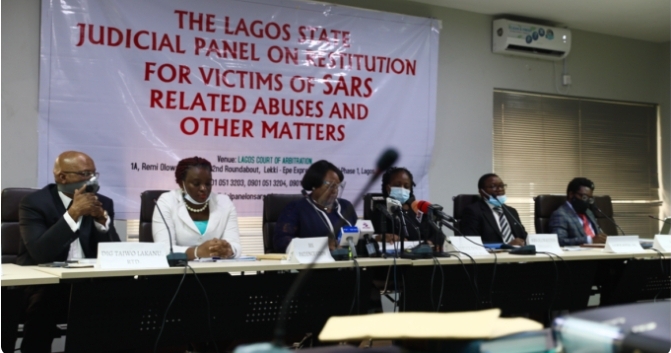 The proceedings of the Lagos judicial panel on Friday was stalled by the counsel to the Nigeria police force over failure to produce officers accused of brutality.

WITHIN NIGERIA learnt that the police requested an adjournment of the proceedings of two petitions namely Ndukwe Ekekwe vs SARS and Olajide Fowotade vs FSARS to enable them find the accused officers.

On the Ekekwe case, the petitioner said he became paralysed after he was pushed from a two-storey building by officers of the now disbanded special anti-robbery squad (SARS).

Ekekwe provided the photograph and phone number of one Haruna Hamza, who he said was a member of the SARS team that allegedly arrested him. 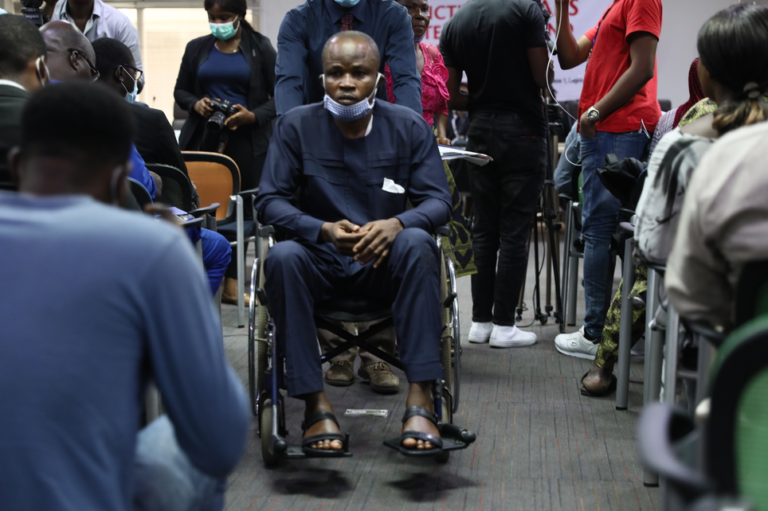 The police counsel, Emmanuel Eze after questioning Ekekwe on his testimony asked for an adjournment and stated that legal team was having difficulties reaching members of the disbanded unit.

He also added that the phone number provided by the petitioner did not go through.

“We will apply for a very short adjournment. The reasons are because of the disbandment of SARS and other tactical teams, we have difficulty getting in touch with them,” he said.

“We are in the process of getting there and the phone number that the petitioner provided here did not go through.

“In the overall interest of justice we apply for this adjournment.”

On the second petition — the Fowotade case — the petitioner had told the panel on October 31 that a policeman called “Ayo” brutalised him during a traffic dispute which led to the loss of his teeth.

In response, Eze again said the police legal team was unable to reach the accused officer.

“The petitioner did not mention the surname of Ayo. We could not trace the name to zone 2 where he claimed to have reported the incident. We could not make headway,” he said.

“We need to get the case file of Ayo and his contact. We are constrained to ask for an adjournment because we are without the Ayo or the case file.”

“Madam Dolapo Badmus knows everything. How come you do not know Ayo? Is he a ghost?” 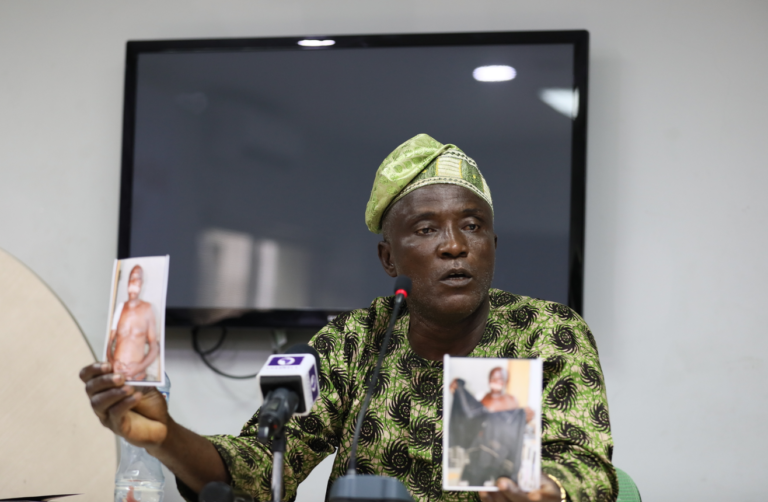 According to NAN, Doris Okuwobi, chairperson of the panel, said the police force was not making enough efforts to defend itself against the allegations made by the petitioners.

She added that the panel would no longer entertain requests by the police to adjourn the hearings.